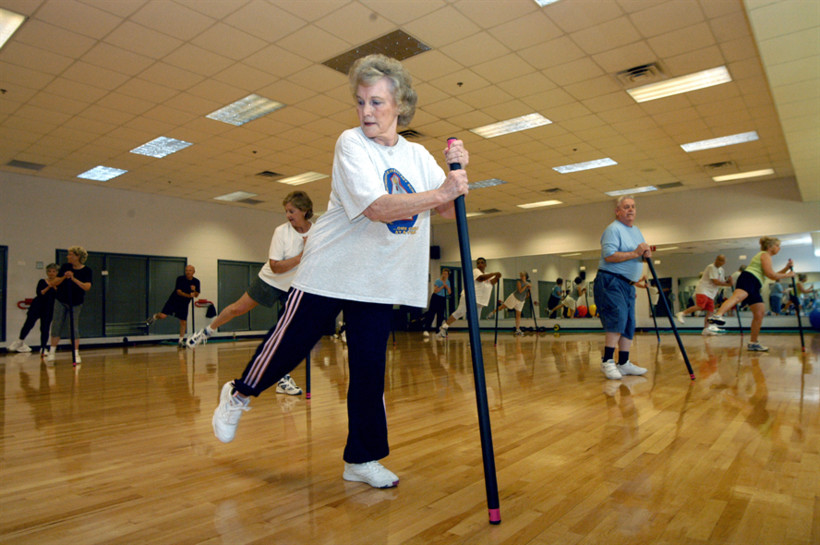 Zorba Paster: Seniors Shouldn't Shy Away From The Gym

Are you an older, shall we say "mature," adult? Do you think exercise is for the "young," that you’re too old to start doing what you should have been doing years ago?

Recent research from the British Medical Journal shows too many people think this way. They think they've missed the boat and it’s too far out to sea for them to jump on board. People look around and assume that if they can’t do those perfect pushups, like my trainer does, they shouldn't even try.

I have one word for those who think this way: poppycock. (I might say bull, with a different ending, but that would make my mom turn over in her grave.)

The research published in the BMJ shows we could cut down on medical care costs by up to $100 billion if we became a nation of exercisers. The massive increase in health care premiums, the BMJ indicates, is not just because of increased drug costs, lab testing and other related factors, but because we are a bunch of slothful people.

Wake up, folks. This is your alarm ringing.

In the United Kingdom, where this study took place, 20 percent of the men and 25 percent of the women don’t exercise at all during any particular week — not even once a week, let alone the recommended 20 minutes a day. And I’m sure the United States numbers are just as abysmal.

Lots of people think that as you get older, especially after you retire, you should just relax. Take a load off your feet. Sit down, don’t stand up. The gyms are for younger folks.

But let me tell you, bed rest stinks. People in the hospital spend 80 percent of their time in that darn bed. There is a rule of thumb when it comes to bed rest: For every one day you’re in bed, it takes three days to recover. So if you’re in bed for a week, you’re out of luck for three weeks. That stinks.

We health professionals have been very lax about urging older people to be more active. Sure, we give the "go-out-and-do-something" speech. But do we actually recommend where you should go? Do we tell you where the warm-water pools are? Where the yoga for seniors is? Where you can join a walking group?

Certainly some health care professionals do this, but most don’t. We’re more likely to write you a prescription than tell you where your community resources are. And because we don’t do it, you have to find out for yourself. You need to pick up the baton and move forward.

A study I evaluated a few months ago looked at the minimum number of steps you need just to maintain your body, let alone improve it. It’s 1,200 to 1,500 steps per day. That’s just to stay where you are, not to gain strength.

If you don’t have a step counter, you can’t tell if you’re doing even the bare minimum. I am a great proponent of activity monitors — they shock a lot of people. When I first started using one (I use one called a Misfit), I found out that when I was in my office I wasn’t doing very much. At the end of the day I was tired, but I was only halfway to my goal of 10,000 steps. My poor numbers, as indicated by my step counter, motivated me to take action.

My spin: At this time of year, the nights are longer and the days are shorter. If you want to be healthy this winter, it means taking action. Don’t just say, “I’ll do more in the spring,” but put some spring in your step right now.

Who wants to grow old and grow feeble? I certainly don’t. Stay well.