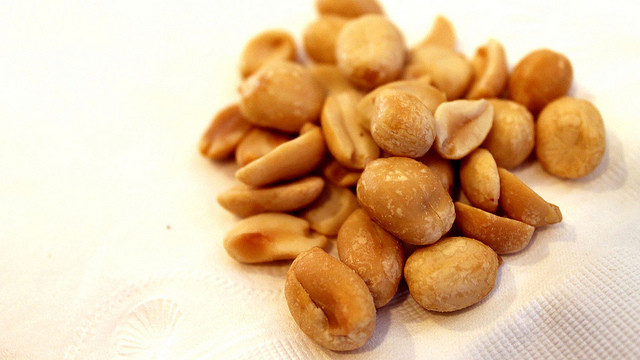 When I first joined my small-town Wisconsin practice decades ago, my two older colleagues said that as soon as a child ate solid foods, such as infant cereal, it was best to give them some eggs. If you didn’t, they would become allergic.

I had been taught giving eggs was a no-no. If done too early, a child would develop an allergy. That was "modern medicine."

As you can imagine, our conflicting views produced a lively conversation. In the end, they came around to my way. But as you can see from the research below, I should have come around to their way.

Waiting too long to give your kids eggs, milk (in Wisconsin milk seems to only comes from a cow, not an almond tree or soy beans) and peanuts will encourage allergies rather than help to prevent them.

New research coming out of the Canadian Healthy Infant Longitudinal Development Study — the CHILDS study — bears out this idea. Following more than 2,000 Canadian children all around the country, researchers discovered kids who didn’t get eggs or peanut products by 6 months of age were two times more likely to develop an allergy — and with milk, they were four times as likely.

Researchers then looked at the gut flora, the beneficial bacteria that live all over our gut, to see if the answer was there. And it was. By using innovative DNA techniques, they discovered the kids who ate these common allergen foods were more likely to have higher levels of good bacteria in their gut.

Dear Dr. Zorba: My 32-year-old son and his wife are trying for a family. They had a miscarriage early on in the pregnancy. He has been taking finasteride, 1 milligram, which he buys online from India.

I worry that this unregulated drug might causes genetic defects or infertility, or interfere with his desire to have sex. He swears it doesn’t and that India drugs are just as good as those from the U.S., but much cheaper. Any studies here? – Worried Mom

Dear Worried: India produces fine drugs. Many of our generics come from India, manufactured using American techniques following our Food and Drug Administration regulations. Whether he’s using one of these companies for his finasteride (often used to treat male pattern baldness) is impossible for me to tell. I recommend to many men who want to use Cialis or Viagra that they get them from Canadian pharmacies, which often get them from India. But as I tell them — buyer beware. By the way the cost for generic Viagra from India is 1/15th the cost of the U.S.-branded drug.

A cheaper way to get Propecia, a brand name of finasteride, is for him to ask his doctor to prescribe generic finasteride 5-milligram tablets. These are used to treat enlarged prostate. It’s the same drug but in a larger tablet. Then break it into quarters and take that instead.

Yes, it’s now a 1.25-milligram dose instead of a 1-milligram dose, but that shouldn’t make a difference. And then you may have solved your problem.

I checked www.goodrx.com, which notes 30 tablets are only $10. That means he would have a four-month, U.S.-manufactured supply for 10 bucks. Pretty cheap. Stay well.