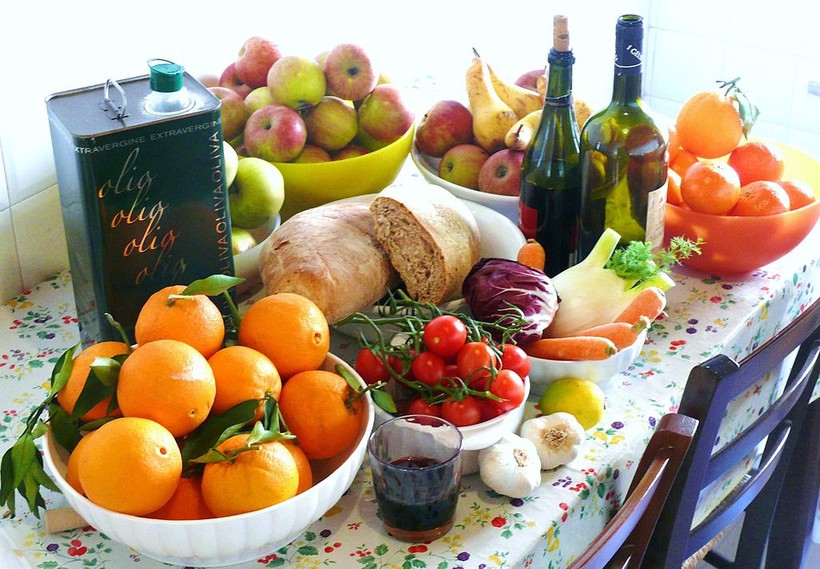 Zorba Paster: Mediterranean Diet Still One Of The Best

Despite Latest Information, Diet Is Still Worth Trumpeting
By Dr. Zorba Paster
Share:

As many of you know, I am a great proponent of the Mediterranean diet. I have commonly called it the king of diets, with study after study showing it’s worthwhile. If you Google it, you’ll see what it is — a diet loaded with veggies and fruits, less animal protein, plentiful fish, nuts and olive oil, often accompanied at dinner by a glass of wine.

For years, I’ve been quoting a landmark New England Journal of Medicine article showing that among the 7,000 people who followed an enriched Mediterranean diet, the data was overwhelming. There was a whopping 30 percent reduction in heart disease seen in that group versus the group that followed the American Heart Association low-fat, or what I call "cardboard," diet.

Great results. But there was one problem: Statisticians looking at the data, revisiting it again, found that 14 percent of the people involved in the study were not randomized properly. Remember, in a randomized study everybody has to be randomized in order to make the data what I would call "super-strong."

So why did this happen?

First off, the study design. If a husband and wife were both entered into the study and one was eating extra olive oil and nuts, was it really possible for the other not to eat the same thing? I can just imagine saying to Penny, "Sorry, honey, these nuts are for me, not you." After nearly 45 years of marriage, I know that wouldn’t have cut the mustard.

Then there turned out to be a small town in Spain where half the people were getting olive oil and nuts as part of the study and the other half were not. Small town. People talk. Those not getting the freebies were upset. So the sub-investigator in the study gave everybody the free stuff. Not only that, but he didn’t ask the main scientists if that was OK. He just did it and never mentioned it.

So the whole town wasn’t randomized. They were happy getting the olive oil, but it destroyed some of the strength of the study.

Now, the data for 86 percent of the people who were randomized in the study still showed the Mediterranean diet is terrific. But because of this latest information, perhaps we should not call it the king of diets but more like the prince. Still a royal diet and still something worth trumpeting.