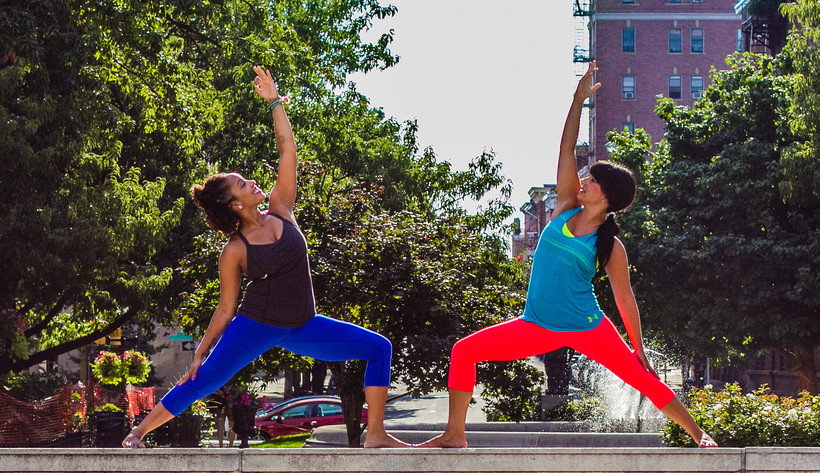 Staying Motivated To Exercise Works Best If You Do It With Someone Else
By Dr. Zorba Paster
Share:

Ever start a new exercise program, or perhaps a new diet? How long does it last? A month, a week, a day?

Maybe you never even started it — you thought about it, but when it came time to put the pedal to the metal, it just didn’t happen.

We all do this all the time. We get on the wagon of good health and then slide off when the going gets a bit rough.

I had a patient in my office the other day who needed to exercise — both to lose weight and to gain back strength after a hip replacement. She told me every time she had started an exercise program in the past, she failed within a few days. Her question was what should she do, what might increase her odds?

A new study published in the American Journal of Health showed how exercise is a team sport. I’m not talking about exercising as a team but teaming up with others to improve your efforts. That’s different.

Researchers recruited nearly 300 employees of a mid-sized company, challenging them to walk 7,000 steps a day and dividing them into groups.

If you’ve ever worn a pedometer, a FitBit, or my favorite activity monitor, a MisFit (I love the name, by the way), you know 7,000 steps a day is an appropriate challenge. Yes, when you’re young and have the time you can hit 10,000 steps a day with the blink of an eye, but try going to work at a sedentary job and also managing household responsibilities and you’ll immediately see that 7,000 is about right.

For the second three-month period, participants still got the feedback on how their team was doing, but no financial incentive.

Still, 33 percent isn’t bad when you look at exercise compliance. It’s usually down in the single-digit range.

Last year, I wrote about another study involving the team concept — it had to do with smoking. When two people decide to quit together, the success rate nearly quadruples. And diet and weight-loss studies show the same thing: Joining with a friend or relative can give you better results.

The take-home message I find fascinating about this latest study is that it uses smartphone technology combined with smart-device technology to give us instant feedback on how we’re doing.

I was a psychology major in college. One thing I learned over and over again is immediate feedback is better than delayed feedback. As parents, Penny and I learned the same things teaching our kids — telling them when we were pleased (or not) with what they were doing was better if we did it right after the event.

My spin: Exercising, eating right or quitting a bad habit such as smoking works best if you do it with someone else. And getting immediate feedback every day also helps you stay on track to stay well.