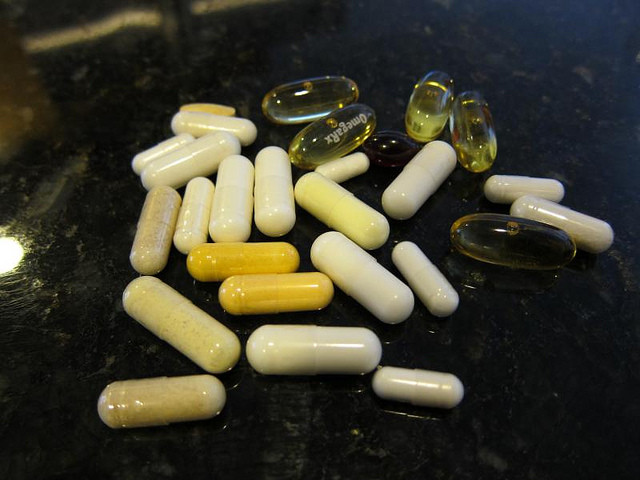 A Discussion On The Coenzyme Q10 Supplement
By Dr. Zorba Paster
Share:

Dear Doc: My best friend said I should take CoQ10. He has read it makes your heart stronger, prevents heart attacks and increases energy. If it’s that good, why don’t doctors prescribe it? What’s the scoop? — T.C. from Madison.

Dear T.C.: You're right to question this. Anything that promises everything has got to be a bit fishy (just like fish oil, by the way).

Some have claimed Coenzyme Q10 is the fountain of youth. But just as Ponce de Leon discovered that idea to be bogus, such claims regarding CoQ10 are bogus, too.

On the other hand, CoQ10 does have some interesting research behind it.

A new study discussed in the Journal of the American Medical Association looked at the effects of CoQ10 on a debilitating disease of the nervous system called MSA, multiple system atrophy. This disease mimics Parkinson’s, but is far worse.

Symptoms of the disease include slowness of movement, clumsiness and lack of coordination, fainting spells, loss of bowel and bladder control, and speech problems.

These are hallmarks of whole-body devastation.

A small study of CoQ10 showed it helped to improve symptoms for some MSA patients. It wasn’t a cure, but it was a treatment.

CoQ10 is an antioxidant the body uses for energy production within cells such as the kidney and the heart. We produce more of it when we’re younger, less when we’re older.

If you’re hit with congestive heart failure, the inability of the heart to keep up with its normal needs, your heart has less CoQ10 than it should and that contributes to its floppiness. These are cases where some of my natural health care colleagues have been using CoQ10.

Others take it to offset the muscle aches of statins. Still, others take it just to boost energy in all different parts of the body, including their testicles.

There's some rather provocative evidence that CoQ10 will increase sperm motility. You got it, the fastest sperm catches the egg, and CoQ10 just might be the boost to get that little fella to step up.

The usual dose is about 300 milligrams daily, with most taking it as a once-a-day supplement with their multivitamin. Now, on to which one to buy.

The Food and Drug Administration doesn't regulate supplements. That means with any supplement, you might not be getting what you pay for. I can easily tell my favorite Ketchup, Heinz, by the color and label. But I really know it by the taste — mmmm good.

But with supplements, how do I know what’s best? The only way to be sure is to go to a website that tests them. My favorite is consumerlab.com. It costs $36 a year to subscribe, but if you’re into supplements, this is your go-to site.

More than 30 brands of CoQ10 were tested, with many of them found to have as much CoQ10 as they claimed. This is good news because it certainly isn’t the case with all supplements. But when it comes to cost, the prices were all over the place.