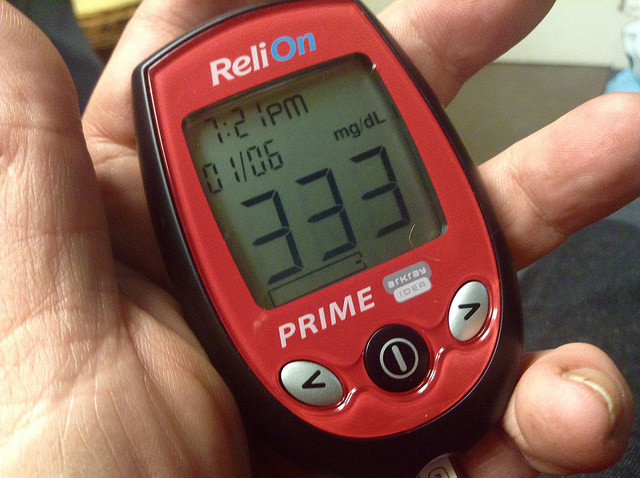 If you’re a diabetic, proceed with caution. You may be overtreating your diabetes — taking too much medicine, pushing your blood sugar too low, overtesting yourself.

When reading this column remember you just might get some push back from one of the many clinicians who think lower is always better.

But it’s hard to believe with all those times you pricked your finger and worried your sugar was too high, you may have rarely given a thought to the downside of tight control: hypoglycemia, or blood sugar that is too low.

Researchers from the University of Michigan and Duke University, looking at nearly 80,000 senior-citizen Veterans Affairs patients, discovered nearly 1 in 10 had blood sugar readings that were too low.

The most common measurement of overall blood sugar is a test called the HgA1c. It’s a 90-day average of blood glucose readings, an accurate guide of overall control. If it’s too low, it means you risk having hypoglycemic episodes with symptoms that include dizzy spells, confusion and even falls that lead to pelvic fractures — which can result in nursing home placement and, in the worst cases, death.

Often, when a young person gets low blood sugar, they are more likely to recognize it and take action. Many young diabetics are more attuned to their body, at least more than older folks. Let’s face it, a young person’s senses are better and their response more robust. I know my own 70-year-old perception is not nearly as bright as it was years ago.

So here’s the catch of the study: 1 out of 10 diabetics had HgA1c readings that were too low, but only 15 percent of them had their diabetic medicines reduced after that. You got it, the clinicians didn’t pick up on it and adjust the meds downward.

Now, you might think this is lunacy but it’s not. It’s just that we’ve been trained for years to get that blood sugar down, down, down. Habit rules.

If you’re a diabetic, go to the website of the Centers for Disease Control and Prevention or the American Diabetes Association and learn, learn, learn. Then, when you go to your next appointment with your clinician, you’ll be well-armed to ask, "What should my blood sugar be? What’s my goal?"

While I’m on this rant, let me also touch on blood sugar overtesting. Many a clinician says if you are diabetic, you should test every morning. A number of diabetics are on a single drug – metformin. If you are among those taking metformin, there is no proof daily blood testing is worthwhile. None. Nada.

It is true you should know how to test and you should test yourself if you feel ill, but you don’t need to poke yourself every morning. It’s worthless.

My spin: We clinicians need to personalize our care of diabetics and stop the lunacy of getting that blood sugar lower, lower, lower.

And when it comes to blood sugar testing, if you’re a patient and feel good about testing your glucose every morning because you’re on metformin, stop doing it. Instead, focus on eating a healthy fiber-filled breakfast with fruit and a whole-grain bread. Use your time learning how to eat right and exercise more – it will be time well-spent. Stay well.