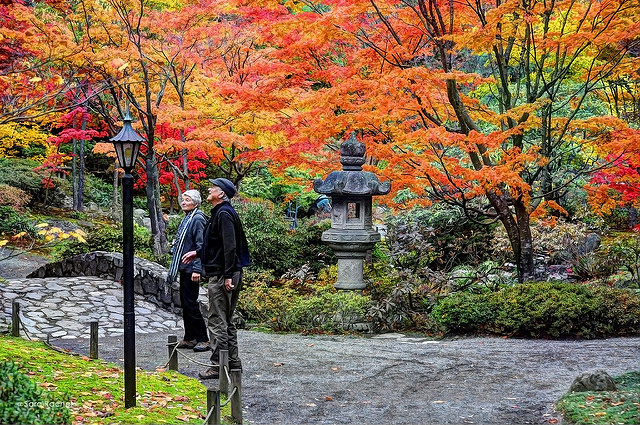 There Has Been A Very Significant Drop In Risk Of Developing Dementia Over Last 30 Years
By Dr. Zorba Paster
Share:

Dementia. Memory loss. Can’t think like we used to. You know the drill. It seems like every time you read something about aging, the "A" word pops up: Alzheimer’s.

And researchers are warning us over and over again we’re about to go into an Alzheimer’s tsunami. As all those baby boomers age, our health care system will be taxed because of dementia.

Well, I have good news. A recent study published in the Journal of the American Medical Association shows there has been, trumpets please, a very significant drop in the risk of developing dementia over the last 30 years.

Did I say significant? Sorry, what I meant to say was massive. But you’ll have to read on to see the numbers (I’m a numbers guy so I always like that part).

But first, let’s talk about my mom. It is assumed she died of Alzheimer’s. But do I know that for sure? No. Why? Because there is no test that can tell me for certain that Alzheimer’s was her diagnosis. Short of a brain biopsy (can you imagine what that would be like?) we can’t tell.

We do know that half of all dementia is not Alzheimer’s. And my mom ate the wrong food; she was a typical meat-and-potatoes, let’s-fry-it, nothing-fresh-except-maybe-iceberg-lettuce kind of woman. She never exercised — ever, ever.

And she smoked a pack a day, not cutting down even after the monumental report from the surgeon general that said smoking causes cancer. She just kept her lifestyle.

Might that have been an issue? Probably, yes. Not if she had the "A" disease, but if she had one of the other causes of dementia such as stroke and arteriosclerosis.

There also is such a thing as normal aging. My brain is fully intact but it’s full of 69 years of assorted junk — clutter, just like my office. But seriously, it’s not what it was when I was in my 20s.

Back then, I could hear a phone number and — plop — it was in there in my brain for a long time, especially if it was a girl I wanted to date. But now, I have to write it down right away, instantly, or it’s gone. That’s normal aging. And I have to adjust to it, which I do by carrying old-fashioned relics with me called "pen and paper."

But what is not normal aging is the inability to engage in "executive function." That means thinking and doing. When you lose that ability, it’s bad news. When you get lost driving home or can’t remember a loved one’s name, that’s a different story. And it’s actually a horror film.

But the good news is there appear to be some forms of dementia we can actually make a difference in fighting, according to the data from the Framingham Heart study.

There has been a 20 percent drop in dementia in people over the age of 75 since 1977. In other words, dementia on a per capita basis is decreasing.

And there is even more good news. When the data is graphed out, it appears the rate of decline in dementia is accelerating. If you just compare two 10-year periods — the 1980s to the 2000s — you find that the rate in the 2000s is 40 percent less than in the 1980s.

There is one caveat — always a fly in the ointment, isn’t there? This drop only affects those who finished high school. Sorry, high school dropouts, but you didn’t get the benefit.

Somehow getting that high school degree did something (parents, keep your kids in school and they’ll thank you long after you’re gone). And I think I know why: learning.

High school dropouts generally don’t live as long as people who’ve had two years of post-high school education, with dementia being part of that equation. So why is this? Is it really that Shakespeare sonnet you hated that is doing this?

I’m not sure, but what I am sure of is that lots of this good news is because of lifestyle changes and technology. Eating better, exercising more, taking our blood pressure pills or statins to lower cholesterol. And let’s not forget Mr. Cigarette — 23 percent of high school dropouts smoke compared to 8 percent of college graduates. Duh!

My spin: We are on a roll in dementia reduction, but only for those who get educated. Learn something today and it just might save your brain tomorrow. Stay well.