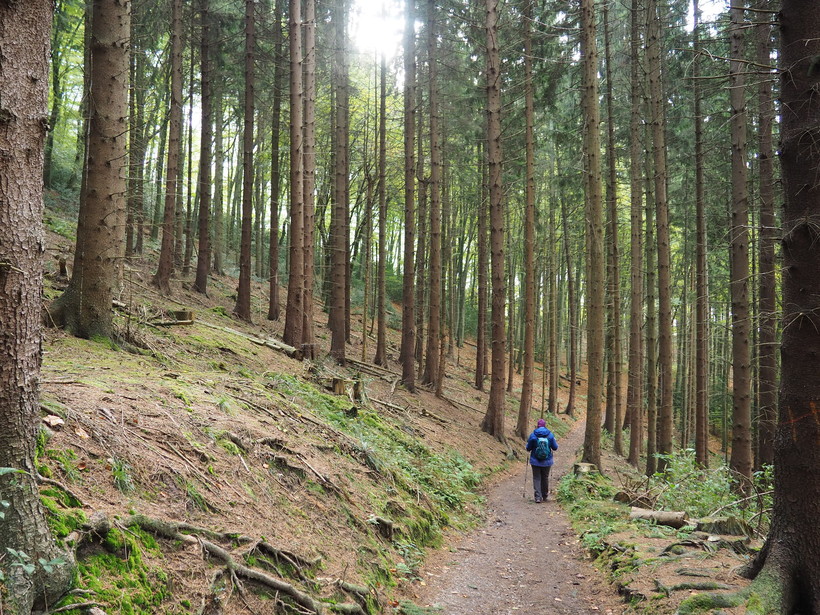 Zorba Paster: Getting Back To Nature Is Good For Your Health

I love vacations. Always have and always will. And I'm certainly not unusual in that regard.

We all know that people who work, work, work and never take time off do not have what one might call the ideal life. I find there is a balance between work and play, between being productive and taking time off — which is why this study out of the University of Helsinki in Finland fascinated me so much.

The Finns know how to work. They work long hours. They also know how to party — but not all of them know this.

In 1974, researchers started looking at 1,200 businessmen — no women, it was an all-male study. Each guy was evaluated for risk factors for cardiovascular disease including smoking, high blood pressure, high cholesterol, what they ate, whether they exercised and if they were overweight. Then, they were divided into two groups.

The intervention group was coached on how to improve their lifestyle, while the other group was basically handed a piece of paper telling them how to live a healthy life and sent on their way. Both groups received blood pressure medications, statins and other meds they might need. Each got the same health care, as all health care in Finland is free from the government.

Five years after the study began, researchers found the control group had taken action. They reduced their risk factors for heart disease by a whopping 46 percent. The coaching worked.

So you would expect this also would work down the road in reducing the risk that they would die. But that was not the case. Over time, both groups seemed to have about the same death rates.

The study went further into the data to see what was missing. The answer turned out to be time off — vacations. The guys who didn’t take significant time off were 37 percent more likely to die prematurely.

Taking shorter vacations, working long hours and getting less sleep were the missing variables. The guys who took three weeks or more off per year were the ones who lived the longest.

Now, will this apply to women, too? And why weren’t women in this study in the first place?

Let me digress just a bit. Before the 1990s, the face of medical research was different than it is now. Back then, research on new drugs was, for the most part, forbidden in women of childbearing age.

Even if they were on birth control and even if they were not sexually active, women were rarely allowed to be in drug studies. That was tied to the paternalistic fear that if a woman did engage in sex while part of the study, she might have a child who might have problems. It was dumb stuff that influenced studies such as the one in Finland.

Of course that study should have included women and, in today’s world, it would have.

Now let me connect this to something called "forest bathing." Japan is a highly urbanized society. People crowd into big cities where subways are overloaded and streets are filled with cars. There is always something going on.

The Japanese look at time spent in nature to be as important as regular exercise and eating right — regular time to be surrounded by flowers, trees, grass, mountains, the sea, etc.

And the Japanese have better longevity than we do, possibly because they look at time outdoors as an important "supplement" to good health. It’s not a pill, but a lifestyle choice.

There was a study recently published in Scientific Reports out of Great Britain looking at just this. A survey of 20,000 people found those who spent two hours a week in nature were in better health and had a greater sense of well-being than those who did not.

And there is a linear relationship — the more time you spent in nature, up to that two-hour window, the happier and healthier you appeared to be.

My spin: We spend more than $15 billion a year on vitamins and minerals, supplements galore, hoping they will improve our health and lead us to a long, sweet life. What we should be emphasizing is spending time with Mother Nature.

Spending two hours a week enjoying the outdoors might be better than spending it inside on an elliptical. What you need isn’t in a gym or a bottle, it’s outside. Stay well.