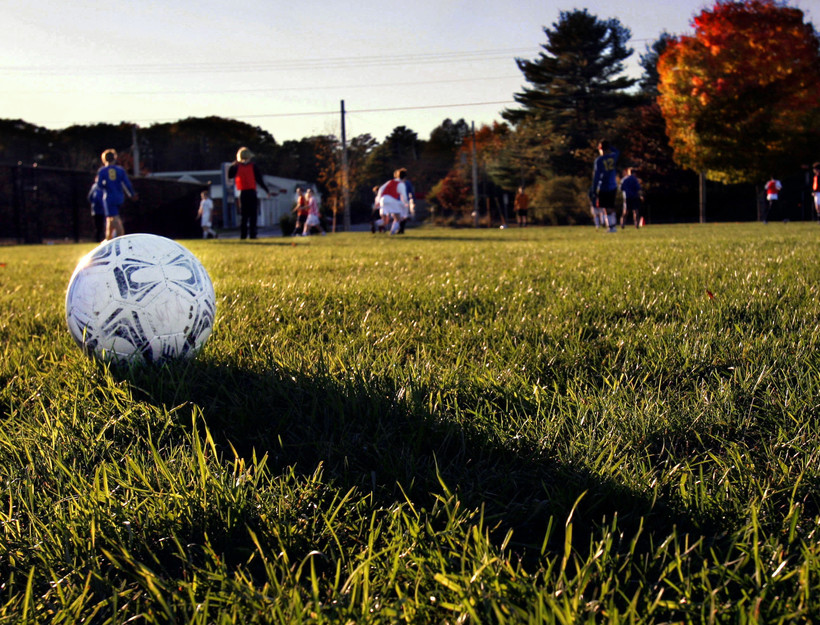 Zorba Paster: Get Your Kids Involved In Team Sports

When Penny and I were raising our four kids, sports were an important part of the equation. Not that we watched them all the time, other than the Packers and Badgers, but because we knew this was an important way to get our kids off their butts doing something physical.

With the massive rise in obesity in kids, especially in disadvantaged families, this should be a No. 1 priority in kid prep. Get them off the screen to play something as simple as Kick the Can (my dad, born in 1909, told me about some amazing Kick the Can tournaments back in Depression-era Chicago).

A study in the Journal of the American Medical Association’s publication Pediatrics shows how important it is to get our kids active — especially with kids who have experienced what is termed an "adverse childhood event" such as physical abuse, emotional neglect, parental alcohol or drug misuse, parental incarceration, and worst of all, sexual abuse.

This, folks, is a long list of stressors that can affect kids as they move into adulthood. And the numbers are staggering: 1 in 2 kids experience one of these stressors, with 25 percent experiencing two or more of these.

Now, without being the proverbial rocket scientist, you can easily see how this can shape the way a kid sees the world as an adult — especially how teens view the world as they move from adolescence to young adulthood. That’s where this study shines.

The study — and it’s a long name here, the National Longitudinal Study of Adolescent to Adult Health — looked at 10,000 teens from 1994 on, tracking how they did physically, mentally, emotionally, financially, etc., as they became adults. Researchers were looking to see if sports participation reduced the chances of these kids becoming depressed, anxious adults.

Was sports a shield? The answer clearly was yes. Sports mattered — a lot.

Now, let me digress a bit. Chronic mental illness, with depression leading the pack, is common. Half of it begins by age 14, with 75 percent occurring by age 24. In other words, folks, it starts young and last a long, long time.

So now, get this: Sports may not only reduce the risk of obesity and its attendant friend, diabetes, but also might play a role in fending off mental illness. I call this a win-win-win.

Now, on the bad stuff, there is socioeconomic disparity when it comes to team sports. It’s not Kick the Can anymore, it’s how much am I spending on my kids’ hockey sticks, baseball bats, uniforms, shoes, you name it.

Get this: Since 2011, kids in families with household incomes of $75,000 or more increased their sports participation. Nearly two out of three kids were in team sports. But in families making $25,000 or less, that number dropped to one out of three.

Why? You know why. It’s simple economics. We spend $15 billion a year on those Nike shoes, uniforms, equipment, player fees and everything else. It’s not intentional, but the better the team is outfitted, the more you leave the lower-income kids behind.

And guess who is more likely to suffer the "adverse childhood event"? That’s right, kids in lower-income households. I’m calling a foul here — with unintentional consequences.

Expensive private leagues have increased, often relegating the more recreational leagues to second place. I remember when our soccer-obsessed kids kicked butt in one game. The other team had a paid coach, while our team just had parents. There was pride in knowing we did it without paying extra — something that shouldn’t really be in the mix, should it?

Team sports should be on a level playing field. Regardless of your tribal political persuasion, we should agree that playing fair is as American as apple pie (and in Wisconsin, that means not just ala mode but topped with cheddar cheese — yummy!).

In sports, kids learn the importance of team cooperation. They’re playing in a safe space. It improves self-esteem. They often see a coach as a caring central figure and a good mentor, which we know fosters resilience. This is so important for a child who faces adversity.

My spin: If you’re raising a kid and they’re not in a team sport, sign them up. It’s not just enough to say go out and play, that doesn’t work. Playing with others with a common goal in mind is what scores points and gets the win. Stay well.