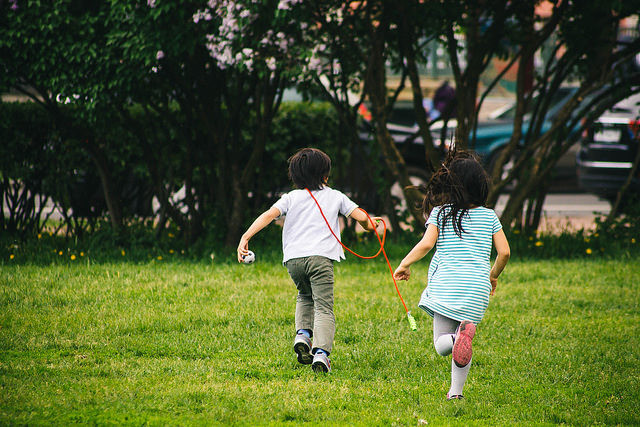 My granddaughter, Bella, is bilingual. Her mom is Brazilian and her dad is a Wisconsin boy, through and through. Bella is a mixture of both.

Bella is 2 years old. When she talks to us, she expects us to understand everything she says. But you know 2-year-olds. They pronounce things their way, which doesn't always translate into words the way we know them.

When it’s all in English, it's easy. But when it's a choice between English or Portuguese, it gets more complicated — for us, that is. So when we don't understand something, often it's because it's in the other language, the one unfamiliar to us. Bella looks at us and repeats it in English — slowly and loudly, as if we just can't hear her. She doesn't know we don't understand, she just thinks we can't hear her (or maybe she thinks were just plain dumb).

Now, here are the questions my wife, Penny, and I wondered: Can the mind keep track of both languages? If so, how does it do it? And does it affect other learning?

New research published in the Proceedings of the National Academy of Sciences, a most prestigious journal, shows that children can easily manage the use of two languages. By 20 months, bilingual babies already know something about the differences between the two languages — words and grammar. They can already figure out the complexities of both languages. They implicitly know, for example, that the word "dog" in Portuguese is "cachorro" — and they can use it differently with different people.

To determine this, researchers studied 24 French-English bilingual babies in Canada. Showing them pictures and asking them to point, they mixed up questions with words in both languages, using English, French and a blend of the two. They also mixed up the sentence structure each time.

What they found was that these new language learners were able to successfully answer questions by pointing to the correct pictures regardless of whether they were asked in pure French, pure English or a mix of both languages. But they also found there was a “processing” cost. When the languages switched, the babies’ pupils dilated, a sign of concentration in both children and adults. The babies had to work harder to get the right answer.

But it wasn't the same for both languages. If the kids in the study were growing up in a predominantly English-speaking house, they had to concentrate harder when the French words came out. And if they were in a predominantly French-speaking house, they had to concentrate a bit more when the English words came out. All very interesting stuff reminding me, as the daddy of four — kids are always smarter than you think.