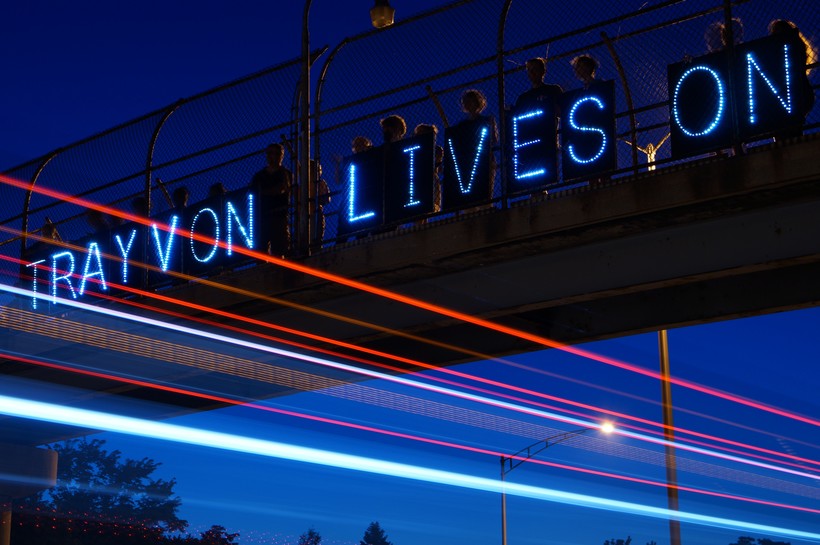 People upset with the verdict in the Trayvon Martin murder trial in Florida came out for protests in Wisconsin over the weekend.

About 200 people marched through the streets of downtown Milwaukee, occasionally blocking intersections and making brief speeches, and at one point chanting Martin's name, as they marched through a street music festival.

Marcher Von Mayes says the protest was about more than the Florida jury acquitting George Zimmerman in his shooting of Martin.

Marcher Telice Gillom was there with her son, who's about Trayvon Martin's age, 17. Gillom says she plans to stay active politically, to try to challenge so-called stand your ground laws that critics say allow citizens to become vigilantes.

Gillom says the weekend rallies in Milwaukee and elsewhere, help raise awareness about the Martin verdict. Milwaukee police on motorcycles, bicycles, and other vehicles re-routed traffic for the marchers, but also kept close tabs on the protestors.