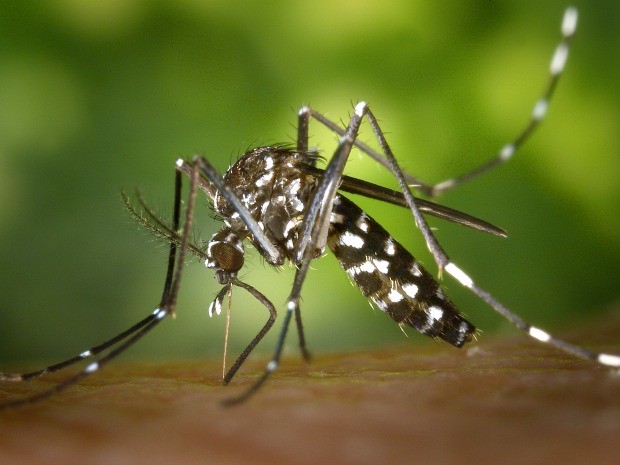 Aedes albopictus is one of two mosquito species associated with the Zika virus.

Zika Infection Not Likely To Be Problem In Wisconsin

Protection Against Mosquitoes Still A Good Practice
By jane.jiumaleh
Share:

With mosquito season nearly upon us and all the headlines about Zika virus in the news, a big question at the moment is: Will Zika be an issue in Wisconsin?

Based on what's known about the Zika virus and the mosquitoes that transmit it, Zika infection is unlikely to be a major issue for us here. Certainly, there are cases in the state, but these will almost certainly continue to be from individuals who have traveled to areas with active Zika infestations. Overall, looking at the bigger picture, a much bigger concern should be deer ticks and Lyme disease, which affects thousands of Wisconsinites each year.

The Zika situation is an interesting one. The virus itself was first discovered in Africa in the 1940s and has been found in parts of the Eastern Hemisphere for decades. It wasn’t until very recently that it popped up the Western Hemisphere. Because the Zika virus is linked to a number of serious health issues, such as microcephaly in newborns, it can pose significant health risks — hence the headlines and the concern

However, the virus is only half of the story — the other half being the mosquito species (vectors) capable of transmitting the virus to humans. Two mosquito species are associated with Zika virus and other viral diseases such as chikungunya and dengue: the yellow fever mosquito (Aedes aegypti) and the Asian tiger mosquito (Aedes albopictus). While a U.S. Centers for Disease Control and Prevention map depicting the estimated range of the Asian tiger mosquito shows it skirting Wisconsin's southern borders, it's quite rare in more northerly locations, and has been found only a very few times in isolated spots of southern Minnesota and northern Illinois. Counties in the United States where yellow fever mosquitoes (Aedes aegypti) have been identified between Jan. 1, 1995 and March 2016. Counties shaded yellow recorded one year when the species was reported, those shaded orange for two years, and those shaded red for three years or more. Centers for Disease Control and Prevention Counties in the United States where Asian tiger mosquitoes (Aedes albopictus) have been identified between Jan. 1, 1995 and March 2016. Counties shaded yellow recorded one year when the species was reported, those shaded orange for two years, and those shaded red for three years or more. Centers for Disease Control and Prevention

The good news for people in Wisconsin is that neither of these mosquito species are native to the area, and these species have never been found in the state. New research is pinpointing occurrences of the yellow fever and Asian tiger mosquitoes county by county across the U.S., and additional surveys are being conducted to look for both species in Wisconsin.

With that said, there have already been some Zika cases in Wisconsin associated with travel to areas where the virus is widespread, including Honduras and Colombia. However, the absence of the two mosquito vectors responsible for transmission will greatly reduce the chance for transmission occurring within the state.

While the yellow fever mosquito and the Asian tiger mosquito don't occur in Wisconsin, there still is reason to be vigilant about mosquitoes. With as many as 60 or more mosquito species in Wisconsin, a number of other mosquito-borne diseases are transmitted in the region. The best example is would be West Nile virus transmitted by the northern house mosquito (Culex pipiens). While West Nile cases can vary dramatically from year-to-year, people do get sick and, in some cases, die.

When it comes to mosquitoes in general, people can take several approaches to keep themselves and others safe.

Around the yard, one of the most important needs is to reduce or prevent standing water to help eliminate mosquito breeding sites. Toys left out in a sandbox, old tires, clogged gutters, birdbaths with stagnant water and anything else that collects and holds water could be a potential breeding site for mosquitoes. Using Environmental Protection Agency-approved repellents, such as DEET, Picaridin or others when working or relaxing outdoors will offer protection from bites. Lastly, wearing long sleeves, avoiding outdoor activities during prime mosquito feeding times (dawn/dusk), or simply staying indoors offer protection from mosquitoes.