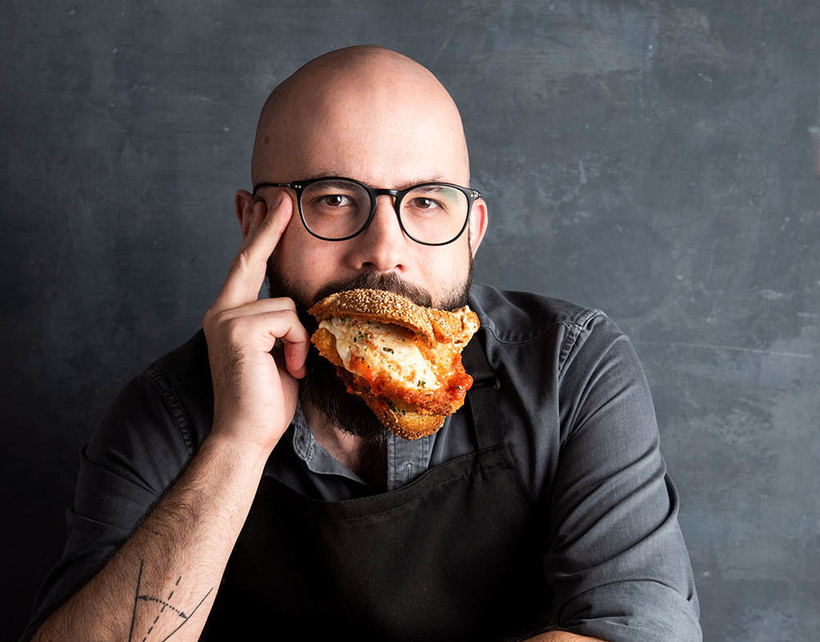 Andrew Rea didn’t set out to be a YouTube star. But, when you explore the intersection of his life’s shared passions of food and film, all the ingredients are definitely there.

"I was burning chicken breasts and cookies back in middle school," Rea tells WPR’s "BETA." "And, I was making home movies to get out of writing essays in middle school. I was doing those things at the same time. I didn’t put the two together for a solid 15 or 20 years."

When he finally did combine his two favorite hobbies, the result was "Binging With Babish" – Rea’s signature YouTube series and channel. The concept is short and sweet: Rea recreates recipes from popular films and TV series.

"I didn’t realize that it would create a formula that consistently gets new audience members every time because it keeps attacking niche subjects and media," Rea explained. "But, just like the channel itself, it was a very happy accident. I just love movies and television."

The concept may be simple, but it’s successful. "Binging with Babish" boasts north of 5 million subscribers and Rea recently tweeted that his channel was watched for 228 million minutes last month.

Rea created the concept one night while working in his tiny Queens apartment. The self-described film junkie loves to have Netflix reruns of old TV shows play in the background. That night, an episode of "Parks and Recreation" came on and as Rea writes in his companion recipe book — "Binging with Babish: 100 Recipes Recreated from Your Favorie Movies and TV Show" — "The proverbial lightbulb stuttered to life over my head."

So, Rea set out to recreate the burger and film his project. He planned to post the video on the food subreddit on Reddit.com where he would post under the moniker of Oliver Babish — derived from Oliver Platt’s character on "The West Wing."

"I didn’t know what to call it, so I just said 'Binging with Babish,'" Rea said. "Now, that not very good and very specific niche joke is my entire brand and identity and what most people think my last name is."

The verdict: "Beef just tastes better than turkey, no matter how you dress it up," Rea admitted.

Rea’s video was a huge success and encouraged him to do more. He would eventually pivot from his day job in the film industry to creating Babish episodes full time. An epochal episode Rea cites is when created the pasta aglio e olio scene from the film "Chef."

Rea needed to buy the carving fork prominently displayed in the film, but he was deep in debt and broke. Yet, he still purchased the carving fork and went home to film the episode. It turned out to be one of his most popular videos, inspiring legions of fans to share their version of the recipe.

"That was the moment when I realized I will do anything for this show. I want to do it right," he said.

Rea was so moved by this turn of events that he got a tattoo of the carving fork on his arm.

"Chef" director Jon Favreau’s kids saw the episode and became enamored with the series in general. They encouraged their dad to watch it.

Favreau — who penned the foreword to Rea’s cookbook — loved "Binging with Babish" and wanted to connect with Rea on a crossover with his own Netflix food series, "The Chef Show" with Roy Choi.

"Now I have this incredible connection with this Hollywood megastar who I never could’ve imagined I would have the opportunity to even be in the same room as," Rea said.

When Rea appeared on "The Chef Show," Favreau presented him with the actual carving fork from the movie.

"That was a superlative and incredible experience," Rea shared.

Binging with Babish: 100 Recipes Recreated from Your Favorite Movies and TV Shows