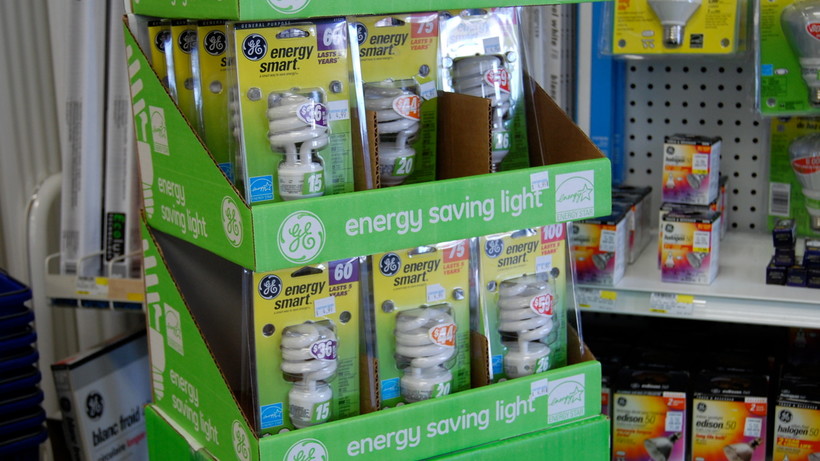 On Your Money: Shining Light On Home’s Light Bulbs

As the days continue to get shorter and the nights longer with the coming of winter, light bulbs are getting more of a workout.  An Eau Claire-based financial planner said now is a good time to examine the cost of keeping the lights on.

Kevin McKinley, of McKinley Money LLC, said as of Jan. 1, 2014, no 40- or 60-watt incandescent bulbs will be available for sale, joining the likes of 75- and 100-watt bulbs.  He said the alternatives require more of an upfront expense, but the payoff is worth it in the long run.

“The path of least resistance is my favorite way to go, and that’s with halogen bulbs,” said McKinley, on Tuesday’s “On Your Money.”

Halogen bulbs use about a third less energy than an incandescent bulb, according to McKinley.  He said that there’s also no delay, can be used with a dimmer switch and disposed of like a traditional bulb.  However, beware that halogen bulbs burn hotter.

“While they generally are a little more expensive than incandesecents, they’re becoming much, much less expensive now, especially if you keep an eye out for some of the box stores selling these things,” said McKinley.

However, McKinley said the downside to CFLs is that they contain a small amount of mercury, so they need to be disposed of properly.

A third option is light-emitting diode, or LEDs.  McKinley said they, like CFLs, use 75 percent less energy than incandescent bulbs and can last 25,000 hours, or three times longer than CFLs.  He adds that LEDs are also cool to the touch and dimmable.

“They are a little bit more expensive, though,” said McKinley.  “You’re looking at about $10 each, but generally after about three or four years, you have a breakeven over a traditional bulb.”

McKinley suggested comparing the cost of the various options before you buy.  He recommended this CFL savings calculator and this one for LEDs.

Editor's Note: "On Your Money" can be heard each Tuesday at 8 a.m. on the Ideas Network.  Email personal finance questions to onyourmoney@wpr.org.