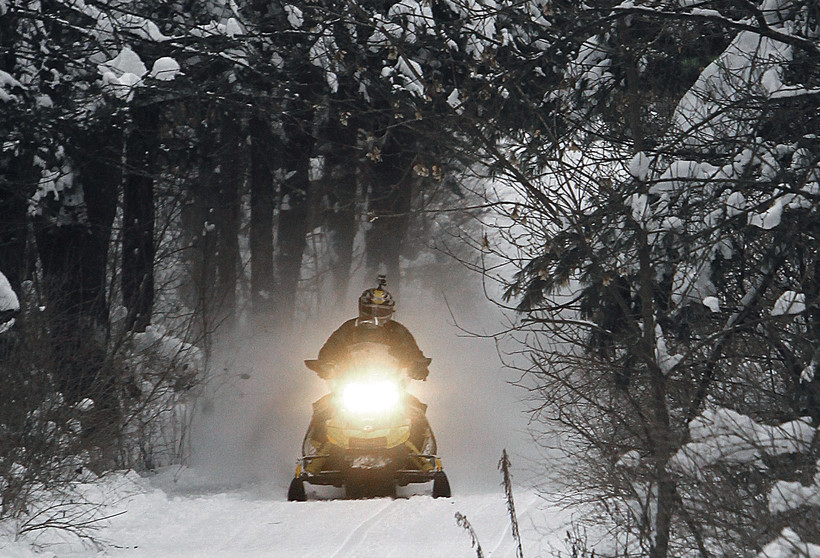 Northern Wisconsin Has Dozens Of Inches Of Snow While South Has None
By Rob Mentzer
Share:

When Howard "Rusty" Wolf grew up in the Milwaukee area in the 1960s, going snowmobiling in southern Wisconsin was a common event. Now a winter with enough snow to open trails statewide is a rarity.

"The snow line seems to be going north," said Wolf, who moved to Eagle River about seven years ago and is the president of the Sno-Eagles Snowmobile Club.

So far this winter, the "snow line" divide has been unusually stark in Wisconsin. According to snow depth measurements by National Weather Service, it cuts from just above the Fox Valley in a diagonal line southwest across the state. Some parts of the Northwoods have as much as 40 inches of snow on the ground, while all of southern Wisconsin has zero.

For businesses in towns that rely on winter tourism, snow cover has a real economic impact.

"From Christmas break on, all you need to do is drive by any hotel in St. Germain and the only thing you will see in the parking lot are snowmobile trailers," said Penny Strom, executive director of that city's Chamber of Commerce. "The restaurants are full. The gas stations are full. I went to the gas station the other day and I was the only car there, because there were probably about 50 snowmobiles waiting to fill up."

Snowmobilers dominate the winter tourism economy in Vilas County, where St. Germain is located, though plenty of snowshoers and cross-country skiers come to the Northwoods, too. 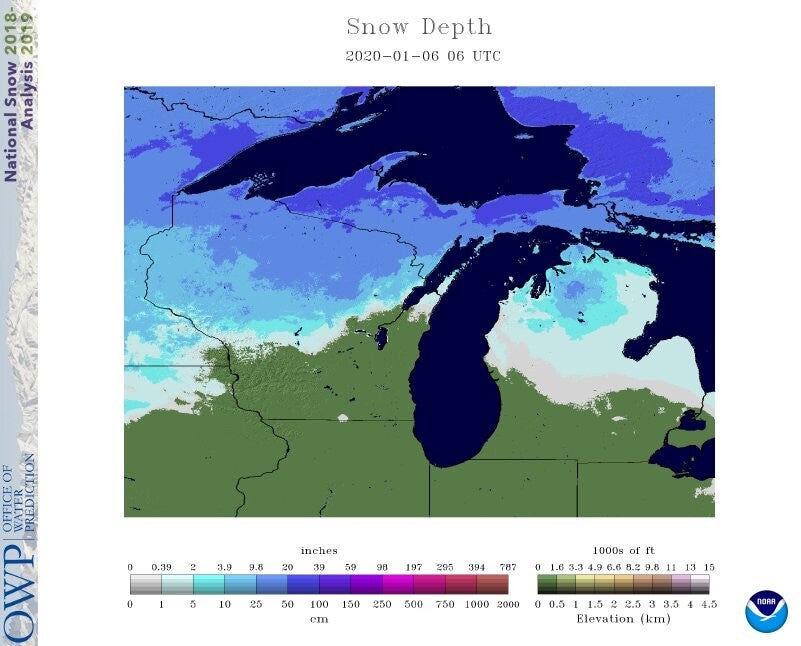 Twenty-five of Wisconsin’s 72 counties are open or partially open for snowmobiling, according to the state Tourism Department. Twenty-eight have trails open for cross-country skiing.

Downhill skiing generates even more economic impact in some places. Most of the state’s downhill slopes are open regardless of snowfall, because they can make their own snow.

As for snowfall totals off the hill, Zilinsky said they don’t make a big difference in Granite Peak’s bottom line.

"If anything, we see that if it's 50 degrees by Chicago and 32 degrees by us, that's a benefit to us," she said. For people who want to go skiing, "all they care about is if we have (snow)."

Similarly, Wolf said the Sno-Eagles have members from as far away as Iowa or Indiana, who travel from places without much snow for the purpose of snowmobiling.

"Years ago they might have traveled to central Wisconsin," he said. "Now they're just traveling a little farther."

Strom said she thinks the lack of snow in the south matters for northern tourism.

"When we're kind of like the only area in the state, from Wausau up, that has snow, it really does affect it," Strom said. "More people are coming up because it's the only place to go."