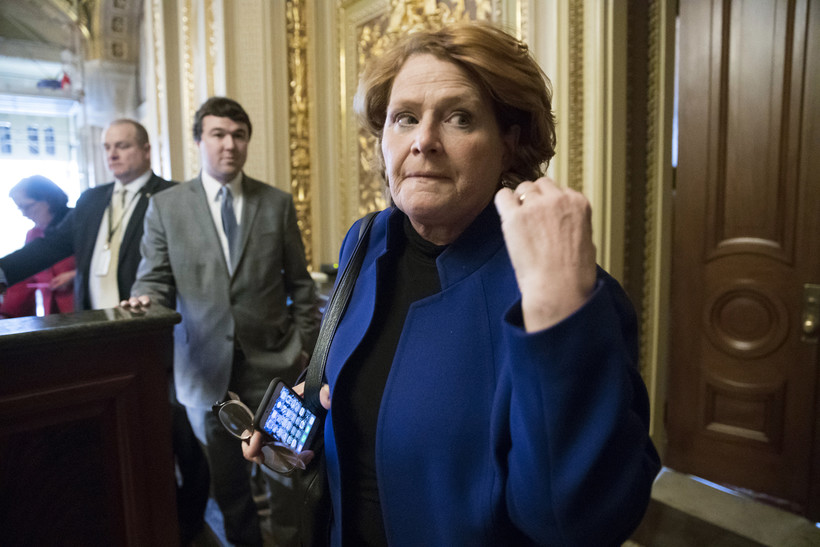 Year Of The Woman: Number Of Women Candidates Breaking Records At All Levels

Women are running for Congress and governorships in record numbers, and Amanda Hunter of the bipartisan Barbara Lee Family Foundation says now is the time to do so.

The U.S. House of Representatives has seen 417 women file for candidacy, crushing the previous record set in 2012 of 298 women, according to Rutgers and the Center for American Women and Politics. With 42 women candidates for U.S. Senate filing their papers for the 2018 election, the previous record of 40 has already been beaten. Governorships also are seeing a record number of women candidates, with 50 filing by June 1, eclipsing the 1994 record of 34 women.

Additionally, there are 603 black women candidates in total running for state and federal offices this year in the United States.

"What we're seeing right now with women challenging incumbents, I think that they're feeling like they're sick of being told to wait their turn. Because I think they've figured out that it's never going to be their turn," said Hunter, communications director for the foundation, which works to advance women's equality and representation in American politics.

In Wisconsin, four women are running for governor and nine women are vying for seats in the House. Only two of them are incumbents.

Kelda Roys, one of the candidates for governor, made headlines for her campaign advertisement pairing her passion for regulating bisphenol A with her parenting requirements as a breastfeeding mother. Campaigns such as hers that show women's personalities and experiences are circulating nationwide, Hunter said.

Democratic candidate Heidi Heitkamp is shown in her campaign video working on a vehicle as the camera pans over to her. While the narrator reveals Republicans think "she's stronger than battery acid," she pulls out a car battery before uttering, "When it comes to fighting for North Dakota, I take battery acid as a compliment."

In a different ad from retired military office and fighter pilot Martha McSally, who is running for a Senate seat in Arizona, she said "like our president, I'm tired of PC politicians and their BS excuses. I'm a fighter pilot, and I talk like one. That's why I told Washington Republicans to grow a pair of ovaries and get the job done."

These attempts by candidates to show their authenticity could be a response to data that shows being authentic and confident are important traits to voters, Hunter said.

"Voters are fed up with the status quo and see a vote for a woman as a vote for change," she said.

Now Is The Time

The appeal for something different is advantageous for women, Hunter said. A study entitled "Opportunity Knocks" conducted by the Barbara Lee Family Foundation of likely 2018 voters revealed Democratic women were thought to be more in touch with people, caring and willing to work across party lines than Republican men.

On the flip side, Republican women get credit for being political outsiders and being confident compared to Democratic men, the report found.

But Hunter also noted that political waters can be tough to navigate for women, who she said have to work "twice as hard" to prove their accomplishments than their male counterparts. For example, she said women are expected to prove results, whereas that's not always a prerequisite to earning a man's vote.

"One of the things that we say all the time that we found is that voters will support a man that they do not like but they believe is qualified, but they will note vote for a woman if they do not like her, and women have a very short window of time to win voters over and prove that they are likable," Hunter said.

Being likable means sharing credit while taking responsibility for accomplishments to prove qualifications, she said. 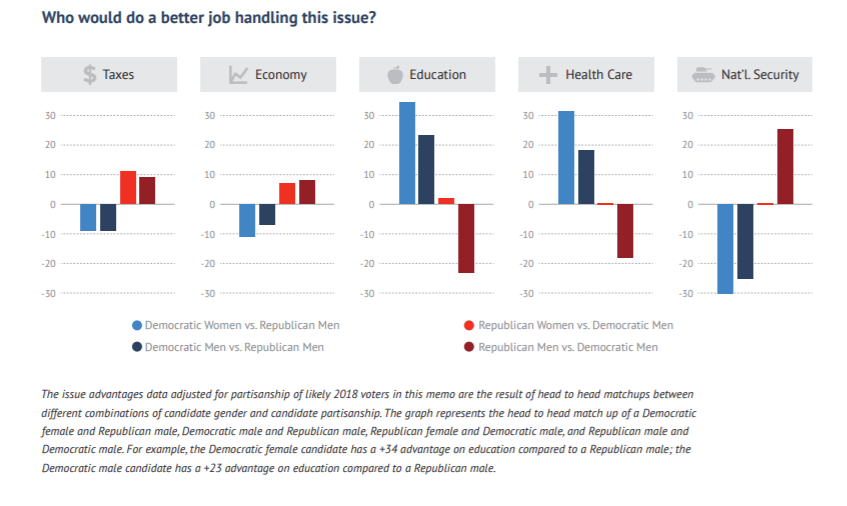 The national movement on social media bringing victims of sexual assault together under the hashtag #MeToo could also prove beneficial to women seeking office, Hunter said.

Fifty-one percent said they wouldn't vote for someone who didn't prioritize sexual harassment, and respondents were more likely to doubt candidates who belittled the #MeToo movement, Hunter said.

"Based on what we saw in our research from how voters felt, this will likely have an impact at the ballot box, but it seems too early to tell any sort of concrete examples at this point," she said.

Similar to Roys, other mothers have also made their parenthood part of their campaigns.

But Hunter said research shows voter expectations don't necessarily match how the role of families has changed since the 1960s. Voters worry, she said, about whether children are going to be impacted by their mothers serving.

"They acknowledge at times the double standard that mothers face on the campaign trail but they still actively participate in it," she said.

Hunter said voters believe women are in touch with their own lives and understand challenges families are facing.

"Families feel comfortable that women understand those challenges," she said.