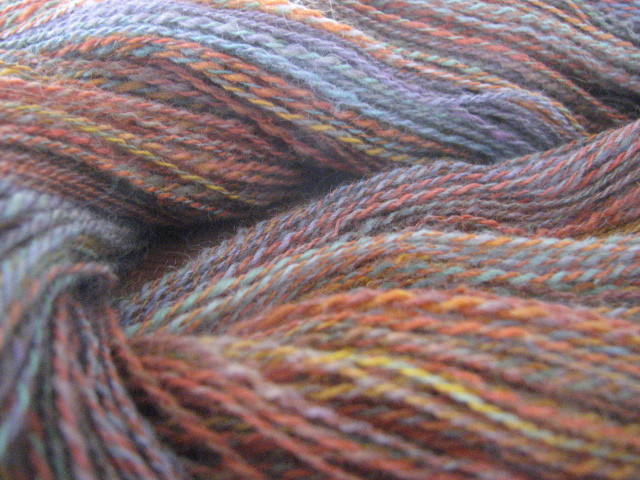 A Yarn Whisperer's Search For The Perfect Skein

From Midwest To Iceland, Knitter Vouches To Be Eyes, Fingers For Knitters Everywhere
By Marika Suval
Share:

A decade and a half ago, Clara Parkes traded a Silicon Valley career for a farmhouse in Maine and devoted herself to building a quiet, creative life on the Maine coast.

"Right before the first tech bubble in San Francisco, I was seeing this split between the personal expressive, creative sides of ourselves and technology moving us forward faster in a more anonymous way, and I realized that wasn’t how I wanted to do things," she said.

Parkes, a knitter and the author of "Knitlandia: A Knitter Sees the World," chuckled when she recalls her original intention.

"It actually ended up being louder than it was in California," she said.

In 2000, shortly after moving to Maine, Parkes excitedly watched a host of yarn stores going online. However, like many knitters, she said she discovered that this bustling new online marketplace posed challenges: The pictures and flowery descriptions of yarn looked inviting, but they often didn’t match what arrived in the mail. She yearned to be able to read the ingredients, feel the yarn and see how it would behave.

"So, I decided  ... I would swatch. I would be the hands for knitters and I would tell them everything that I could learn about what went into this yarn," she said.

As a self-proclaimed "yarn evangelist," Parkes now devotes herself to being the "eyes and fingers of knitters" everywhere.

That devotion has taken her from Maine to Minnesota and as far as Iceland, in search of a special skein of yarn or an artist who’s kept an ancient technique alive.

So, much for the "quiet life," she said.

Looking back, Parkes said she sees her cohort of knitters grow from "using yarn as a means to an end (as in), ‘I love this sweater. I’ll just get some of that stuff and make the sweater,’ to 'Oh, here’s a beautiful skein from a small farm in Montana and it was spun at Blackberry Ridge woolen mill in Wisconsin, and what can I make from it?’”

In an increasingly automated world where even handwriting has become scarce, Parkes said she sees knitting as deep and soothing personal expression.

"I think it’s something about the hand-eye coordination and the series of very, very simple repetitive motions and this tactile experience of feeling these fibers flow through your hands and watching a heap of beautiful fabric emerge. And it’s something that’s entirely mine," she said.

Editor's Note: To keep your or a loved one’s hands from freezing this winter, Parkes offered this easy Knitting Pattern for Maine Morning Mitts.