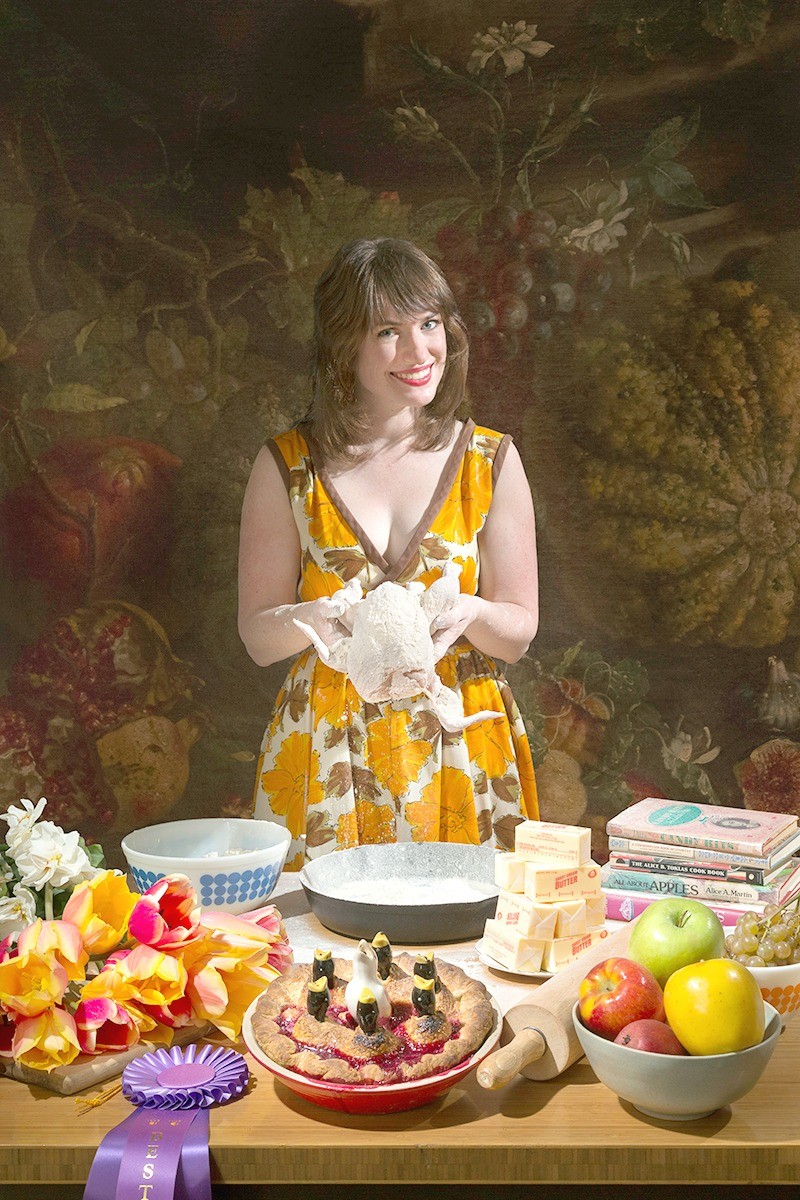 Writer Discusses The Poetry Of Pies

Author Ask What Does Your Favorite Pie Say About You?
By Marika Suval
Share:

To Kate Lebo, pie isn't just a sweet confection. It’s a catalyst for poetry, an object of high art and a figment of pop-culture imagination.

An award-winning baker and writer, Lebo runs a Pie School with a mission: “To bust dessert clichés.”

For anyone who has ever been frustrated by pastry or annoyed by fussy recipes, Lebo is there to help.

Consider her take on crust: “Understand that pie is a generous but self-centered substance. It likes attention, not affection. Do not hug your crust. Do not rub its back or five its high,” she said.

It's clear that Lebo has fallen deeply under the spell of pie.

“It starts with the tactile, sensual nature of this food. For me, pie is best handmade in small batches. And when I say handmade, I mean your hands in the dough,” she said.

In Lebo’s universe, a pie is a food that is best made when someone is paying attention to their senses.

“For me, it became this metaphor for and lesson in how to pay attention. How to let the world in and create something that I can give to others,” she said.

Lebo’s main vocation is to help people make the best homemade pie they’ve ever had. Her other goal is to have a tons of fun which, she said, should be easy as … well, pie.

Lebo’s book, “A Commonplace Book of Pie,” is organized around these lofty principles. It’s been called “a poetry book that fits in the cookbook section,” but it could also be the other way round. Deliberately ignoring the stipulations of traditional recipes, the book even has a fantasy zodiac to match asking an important question: What does your choice of pie say about who you are?

Here’s a primer on her pie zodiac:

Chocolate Cream: “People who love chocolate cream pie move through this world in a swarm of music. Their cars leak basslines. Their exhaust sings from the dark of the pipe," she said. "The chocolate pie-lover would like to convince you that her height is three inches above the crown of her head. She isn’t lying, exactly. She’s creating the truth, believer by believer.”

Peanut Butter: “If you love peanut butter pie, you are either Dolly Parton or someone who loves her,” she said.

Peach: “All peach pie-lovers are men, if only on the inside. I met a peach pie-lover from Seattle once. She said that adding cayenne to cinnamon and consuming it in a peach pie will make you grow hair on your palms. Some people are scared to love peach pie for this very reason. Those who aren’t afraid, join a long line of people who know that there is nothing more delicious than loving what you fear,” she said.

Why does pie have such universal appeal? Lebo said she believes pie is a particularly powerful symbol of Americana.

“One thing is, it emphasizes our agrarian roots," she said. "The wheat that goes into our crust, the fruit and the dairy that go into the filling … it’s the roots and our history that makes it powerful.”

The other thing that makes pie irresistible is that it conceals what’s inside it.

“You’ve got pastry wrapping something inside it. So, it’s a secret!” she said.

And who can resist a delicious secret?