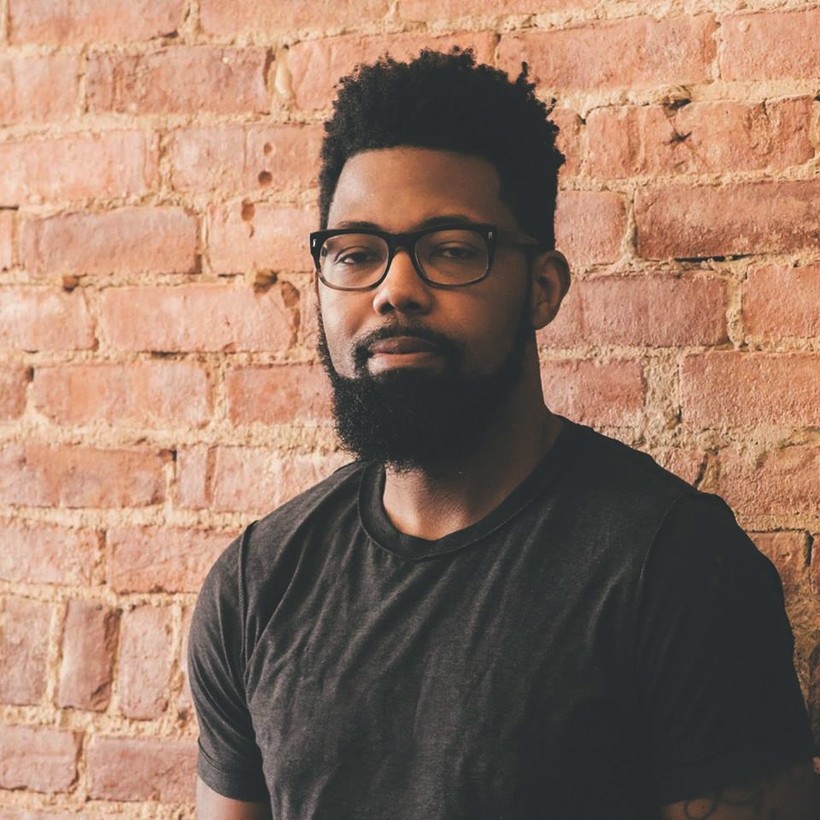 Young Explores Ever-Shifting Definitions Of What It Means To Be A Black Man In America Today
By Doug Gordon
Share:

Damon Young is a co-founder and the editor-in-chief of Very Smart Brothas, a senior editor at The Root and a columnist for GQ. He’s also the author of "What Doesn’t Kill You Makes You Blacker," a provocative and often funny memoir written as a series of essays. Through the course of the book, Young explores the ever-shifting definitions of what it means to be black, and a man, in America today.

In the opening essay, "Living While Black Is an Extreme Sport," Young writes about the Polar Bear Plunge, an annual event that happens every New Year’s Day in his hometown of Pittsburgh. Hundreds of people strip naked and dive into the Monongahela River.

"And Pittsburgh isn’t Wisconsin but it’s usually pretty cold that time of year and so they’re basically jumping into a Slush Puppie, butt-naked into a Slush Puppie," Young told WPR’s "BETA." "And without even knowing the people who do this, without even seeing this, I’m certain that the image that pops into your head is that these are most likely white people."

"And I think that one of the reasons why black people aren’t as interested in those sorts of activities is because just existing while black already provides enough thrills that we don’t have to invent them," he added.

Young said there are many things that take the place of "cave diving or bungee jumping or shark wrestling" for black people.

"When you’re getting stopped by the police or even when the police just follow you, and just all of the stuff that exists, all of the stuff that’s going through your head while that’s happening — 'Is my music too loud? Was I going too fast? Am I wearing the right clothes?' And these things don’t make really any difference but that doesn’t stop them from going through your head and just the absurdity that exists when you’re having these thoughts and you’re having these reactions, that’s where the extreme sport analogy comes in," he said.

In another essay, Young writes that when he was 17, there was nothing he wanted more than for someone to call him the n-word.

"When I was 6 or 7 years old, my parents basically started a race riot at this neighborhood deli in Pittsburgh because the white kid who was working behind the register called my grandmother and my mom n------."

Young’s mother and grandmother went up the street to find his father. When they returned to the deli, Young’s father asked the kid to apologize. He didn’t. And "the race-riot-to-end-all-race-riots starts. And this is a deli so there were olives used. There were deli meats thrown. There were jars of jelly smashed," Young recounted.

Nobody was seriously hurt but Young’s parents and grandmother were arrested. However, they were eventually released because one of the police officers was a black woman with some sort of authority.

"And so hearing the story when I’m a kid made me a little jealous because I had never been called that to my face before. And I wanted a story like the one my parents had, about being called that and reacting in a way that kind of quote-unquote proved their blackness. It almost became sort of like a rite of passage for me in my head," he said.

"And my parents weren’t the only ones that had that type of story. Some of my friends did, some of my other family members did. You would read sometimes in the paper or watch on the news about situations where a person was racially harassed and then they ended up turning the tables on the harasser," Young said. "And again, as a kid and as a young teen, I wanted an experience like that to be able to, I don’t know, just to be able to possess that, almost like some sort of video game where each level you go at, you get like a different award or you get like a different like sword or something and I wanted that."

When it finally happened to him, he was in his senior year at Penn Hills High School, waiting for a bus. A red pickup truck went by and as it did, a man stuck his head out the passenger side window, looked at Young and screamed the n-word at him.

"I’d been waiting this long for this thing to happen and now I didn’t even have an opportunity to react. After it did happen, I kind of just really and pretty immediately recognized how absurd it was for me to want to be called this very terrible thing. And so since then, and again we’re going back to when I was 16, 17, that desire has basically dissipated where I don’t need to experience that to have any sort of measure of my own racial identity," he said.

In an essay called "Living While Black Killed My Mom," Young writes about the death of his mother, Vivienne, from lung cancer in 2013. She’d been a smoker for 30 years and quit smoking about five years before she died. Young said that in the years before his mother received her diagnosis, she experienced severe back pain, constant headaches and stomach aches, which he now knows were symptoms of her cancer.

"But when she would go to the doctor sometimes, her pain wasn’t taken as seriously as I think it should have been," Young said. "Where, you know, maybe they told her to take some Advil. Or maybe they told her to stop drinking so much pop or to get some more exercise. All those things are helpful, but I do wonder if they would have treated her differently, if they would have taken her pain more seriously if she wasn’t a working-class black woman, if she were maybe an upper-middle-class white woman."

In this essay, Young writes that "America is a serial killer of black women."

"My mom unfortunately is not unique. This is a thing that happens with black people, black women specifically, in America, which is this advanced country. The infant mortality rates for black women are terrifying. There are studies that still show that even doctors still believe that black people have more of a tolerance for pain than white people do," Young said. "You know, our life expectancy is lower than it should be here. There are so many things that you could cite, so many actual like facts and studies that have proven these things that have been circulating in my head and this feeling that I have about my mom."

The final essay is called "Zoe," after Young's 3-year-old daughter. In this essay, he writes about how as she grows up, Zoe will be exposed to Toni Morrison, Beyoncé, bell hooks and "Black Panther."

Which raises the question, when will Zoe be exposed to Young's book? "When she's able to read. Now some of the chapters, maybe I'll wait until she's in high school. When she's able to understand what's in the book and she wants to read it, then yeah, I'm sure she'll be curious about what Daddy does for a living."