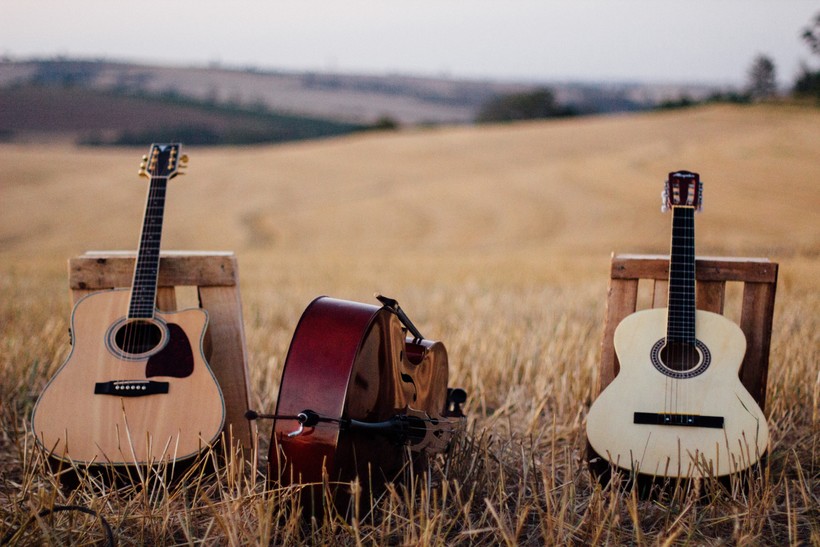 ​The fall welcomes a slower, more contemplative pace. Somewhere between summer and snow, the changes in the weather and the natural landscape offer a kind of lyrical reflection. It’s a season tailored for poetry-driven folk music.

"When you get the marriage of the words and the music, in a special way it gives you a sliver of experience that's beyond what we can have with just the English Language, or just some music. It makes it more than, it's sort of a symbiotic thing," Elkins said.

Here are four newly-released songs Elkins selected that are inspired by poetry:

The album’s conception, says Elkins, came after Redbone became enchanted by an old book. The musician picked it up and flipped straight to the poem "Poison Tree." The poem entranced her so much that she decided to dedicate a whole album to William Blake poems.

If you’re going to put together an album of poetic songs, it helps when a member of the band is Max Garland, Wisconsin’s former poet laureate. Eggplant Heroes is a quartet of musicians from Eau Claire, and this album blends together both strings and brass into songs that are evocative of the shorter days, longer nights and the wanting to postpone winter’s harshness.

"Why I Wake Early" from "Awakenings"

This Boston choir is made up of members and friends of the LGBT community. The music itself was created by a classical composer and set to the poetry of Mary Wells and her often cited nature themes.

"Thing With Feathers" from "Faith and Fumes"

The Chicago-based band features a married duo who set one of Emily Dickinson’s more popular poems to music. Much like the season itself, the song’s hook, says Elkins, is warm and hopeful: "Fly to me, I’ve been waiting so long/Fly to me, come and give me your best song."