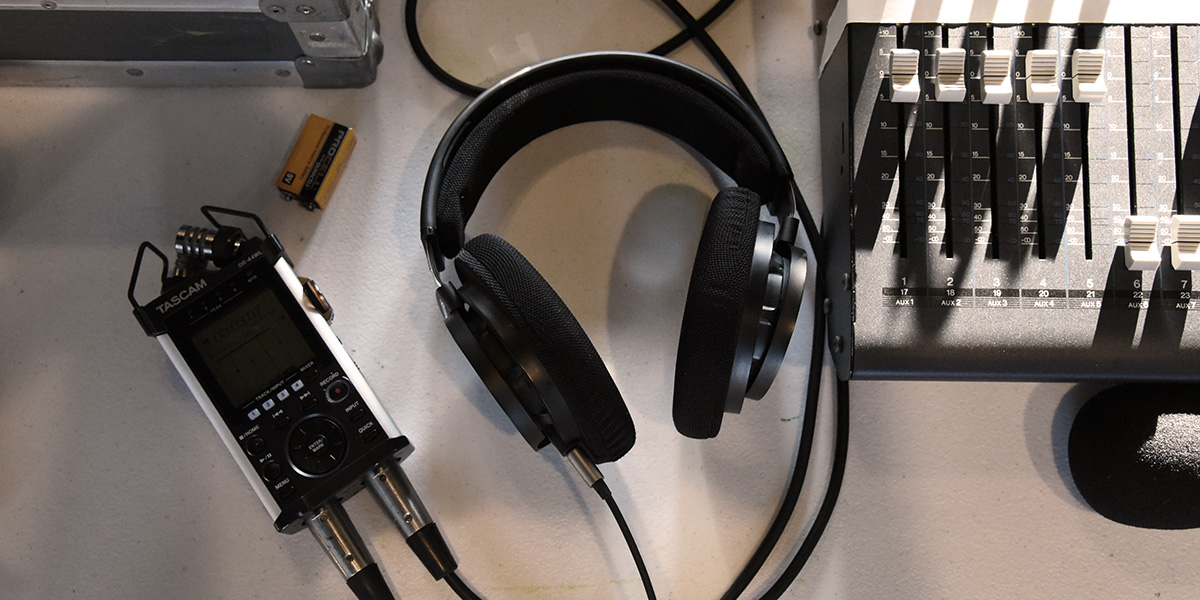 In June, WPR shared our commitment to racial justice in a public statement.  We said WPR "is an inclusive platform for otherwise unheard voices and for expanding our understanding of each other." That's our aspiration, but our content too often falls short.

WPR's journalists rely heavily on sources like guest experts, authors, scientists, elected officials, business owners and more, to provide context, perspective and experience. In the past 12 months, more than 3,700 individuals appeared on our airwaves.

A recently completed report (below) raises questions about diversity in our sourcing process. We're continuing to explore various factors that contribute to a lack of diversity in our journalism and plan future content analysis to get a better understanding of this.  This is work we can’t do alone: WPR will seek additional help focused specifically on improving inclusion in our sourcing.

And while it's not the focus of this report, it’s important to note that our record of hiring and retaining Black, Indigenous, and people of color at WPR is mixed at best. We've been working to address this for many years and we aren't satisfied with our progress. We cannot fully serve Wisconsin unless we truly reflect Wisconsin on staff.

This research and public reporting on our sourcing is one of the changes we are making to create a space that is welcoming and reflective of everyone in our state. In coming months, you will hear more from us about our work in diversity, equity and inclusion. We are accountable to you and welcome your questions, your input and your support.

Wisconsin Public Radio works daily to bring news content that accurately reflects the diversity of the state. But results of a year-long internal review confirmed what many at WPR had suspected — sources on air are overwhelmingly white.

New data collected over the last year shows that of the people who appeared on air on WPR's two radio networks nearly nine out of 10 were white. There was an even split between males and females.

The data also showed geographical distribution, with a significant number of the state’s 772 zip codes represented. This is an important metric for a statewide network such as WPR.

So how can WPR as an organization best represent the people who live in Wisconsin? WPR has plans to improve representation going forward. Those plans are outlined below. WPR will continue to collect this crucial demographic data to find out how the organization is doing and make that data public.

A year ago, WPR began a project to survey sources who appeared on The Ideas Network and the NPR News & Music Network to better understand who reporters and producers at WPR were featuring on talk shows and in their reporting.

When developing this project, it was important to the organization to survey people and learn their race and/or ethnicity and gender from them rather than having a reporter or producer make an educated guess, which different teams at WPR had been doing prior to this project.

The project heads, Jennifer Dargan and Hannah Haynes, worked with experts at the University of Wisconsin Survey Center to develop a simple survey that could be completed by respondents in less than a minute. While some sacrifices in data collection were made to keep the survey short, it was the recommendation of experts to do so to increase response rate and provide a significant data set to work with.

The survey asks about race and/or ethnicity, gender and zip code.

This data comprise one year of survey results beginning in August 2019 through July 2020 in which about 49 percent of people surveyed responded. Those surveyed were people who were interviewed and appeared on air. It includes sources and guests from news stories, talk shows and "Wisconsin Life" radio stories.

New data collected over the last year show that the people who appeared on air were 85.4 percent white and 49.1 percent male.

Presenting A Plan For Improvement

From the WPR newsroom to the talk show teams to the people who put together “Wisconsin Life," editorial staff at WPR are having discussions about how to increase representation on air.

Overall, content leaders are pleased with the geographical representation around Wisconsin shown in the data. There’s room for improvement, but as the map above illustrates, people from many parts of the state are appearing in news stories and radio programs.

The lack of representation of marginalized communities in stories and shows isn’t consistent with the aspirations of WPR.

The most acute area in need of improvement, when it comes to sourcing, is on race and ethnicity.

Strict deadlines are potentially a factor in the majority of sources on air being white. When on a deadline to produce a story, reporters and producers might be more likely to quickly reach out to someone they’ve talked to before. And if reporters and producers are frequently talking to the same people, this can perpetuate a cycle of amplifying white voices while lacking voices from people of color.

Other factors may include the number of elected officials and university faculty and staff WPR talks to on a daily basis, many of whom identify as white. The data shows reporters and producers regularly seek out politicians in the state and experts from the university system.

To address these hurdles, the WPR newsroom has appointed a staffer to be a source librarian who works with reporters on short and long-term stories to find new voices. This person is a permanent fixture in the newsroom with a mission to improve the demographic diversity of people on air. The source librarian is also responsible for seeking out national experts, state and local organizations and others who WPR has overlooked, and compiling such sources for reporters to call upon. By dedicating a staffer to this effort, WPR hopes to overcome barriers that contribute to a lack of diversity in our sources.

In addition, every reporter in the newsroom is working to identify sources on their beat that are currently underrepresented in the demographic data, specifically Black people, Indigenous people and people of color. These sources will be contacted for future stories.

Around the same time that the sourcing project was getting underway last year, “Wisconsin Life” executive producer Maureen McCollum was creating a "Diversity, Equity and Inclusion Guide" for content creators at Wisconsin Public Media. This guide includes a section on how content creators can diversify their sources with resources like NPR's Source of the Week.

"Wisconsin Life” runs a long-form story each Wednesday and Friday during "Morning Edition" on the NPR News & Music Network and throughout the week on statewide talk shows. McCollum says she plans to continue her work for better representation in stories by finding freelancers from different communities to tell stories.

McCollum also says she makes it a priority to tell stories and give platforms to people not heard on WPR often, like young people. Part of that work was done with the "Classroom Frequency: Student Voices From Wisconsin" project.

The Ideas Network produces three daily statewide talk shows, “The Morning Show,” "The Larry Meiller Show,” and “Central Time.” Talk show teams will increase efforts to expand their networks and relationships with potential guests and will continue to make time to seek out new guests from communities underrepresented in WPR's demographics data.

Show staff meet daily for program planning and post-show debriefing. During these meetings, guest demographics are regularly on the agenda. The Ideas Network is now better equipped with data to have those conversations.

Hosts and producers based in Madison rely on staff in regional offices to help surface guests from across the state. Talk show teams will also work with the news department’s source librarian to share new and existing sources across the organization.

The work at WPR has already begun and the plans outlined above are in motion.

But this work will never be done and there is no finish line. As a public media organization, WPR recognizes its responsibility to represent the communities it serves. This includes highlighting voices from people of all backgrounds. But the report shows significant shortcomings in creating a place where all Wisconsinites are welcome, included and heard.

WPR's sourcing project will continue to be a valuable tool in helping us evaluate the success or failure of efforts to increase the demographic diversity of sources.