Skip to main content
Getting From Point A To Point B
Transportation Experts On The Ins And Outs Of The Nation's Transportation Systems
Home
/
Derailed
Friday, December 20, 2019, 7:30am
By
Hannah Haynes
Share:

Transportation varies widely across the United States. There are more than 21,000 miles of Amtrak track across the country. The L can take you around the Loop in Chicago and up north to Evanston, Illinois. And the heavily trafficked highways in California can take you just a few miles in an hour. With all of these different ways to get around, there's a lot to unpack and understand about the nation's transportation systems.

In Wisconsin, issues around transportation are often hotly debated. The conversation was particularly fiery in 2010 when a high-speed rail line between Madison and Milwaukee was on its way to becoming a reality — before it was derailed.

But transportation is not just a charged subject in Wisconsin. People all over the nation have strong opinions when it comes to how people get from point A to point B.

In the making of WPR’s limited-run podcast "Derailed," numerous transportation experts were consulted on the ins and outs of transportation across the U.S. From funding to speed to the effect transportation has on the community, one thing remains constant — it’s complicated.

For much of the history of high-speed rail in Wisconsin, the issue has been a partisan one.

Scott Walker, a Republican, was firmly against the project when he was running for governor of Wisconsin in 2010 — even using the issue in several stump speeches across the state. But for outgoing Gov. Jim Doyle, a Democrat, the rail project was something he was trying desperately to push to the finish line.

"Transportation is green, the color of money," Brenman said. 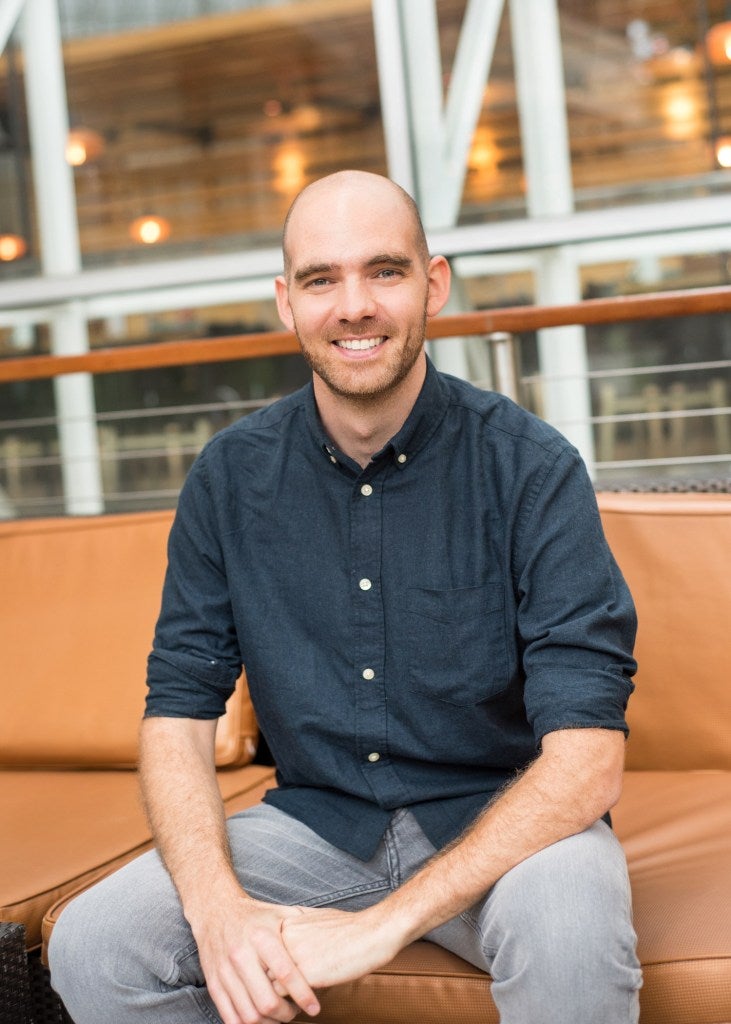 He pointed to the high-speed rail project in California as an example. As reported in Episode 4 of "Derailed," a large chunk of the federal money that Wisconsin turned down went to California’s rail project. It was originally planned to connect the Bay Area with the state’s southern coast.

But when California’s new governor, Gavin Newsom, took office, he scaled down the state's project. Now, the rail line is planned to run a much shorter distance between Merced and Bakersfield.

"Newsom is a pretty progressive Democrat and had his own fiscal reasons for wanting to stop (the project)," Brenman said.

Yonah Freemark has a different perspective. He’s the writer and editor of The Transport Politic and is currently a doctoral student in city planning at the Massachusetts Institute of Technology.

For Freemark, high-speed rail is absolutely a partisan issue.

"If you ask somebody, 'Are you in favor of abortion or against abortion?' Most people will answer with a very strong view and I think high speed rail is no different than that," he said.

Freemark said investment in high-speed rail is either associated with progressive values or with the federal government intervening to force people out of their cars.

But Freemark said that isn’t to say there aren’t Republicans who are in favor of public transportation. As reported in Episode 1 of "Derailed," former Republican Gov. Tommy Thompson was a big fan of trains and initially proposed high-speed through the Midwest in 1999 — long before the Milwaukee to Madison line became a real possibility.

Freemark said Republicans like Thompson came from a different political era than the one we’re in today. He said the Tea Party rebellion against former President Barack Obama in 2010 marked the start of strong polarization related to passenger rail.

Whether you’re a Democrat or a Republican might not matter when it comes to one issue about high-speed rail — trains labeled "high-speed" in the U.S. are not nearly as fast as high-speed trains in other parts of the world.

The rail line between Madison and Milwaukee wouldn’t have come close to the speed of trains overseas. The plan was for it to hit 110 mph by 2016, but at first, it would max out at 79 mph. Conservatives who argued against the project often pointed to the fact that the train wouldn't actually be "high-speed."

Both Brenman and Freemark agreed with that argument.

"That's an absolutely fair critique, I mean best performance high-speed rail systems all around the world go up to 220 mph and the project being proposed in Wisconsin had nothing to do with that," Freemark said. "So it is perfectly reasonable to claim that the Wisconsin project was not high-speed rail."

Nothing Pays For Itself

In 2009, Obama signed the American Recovery and Reinvestment Act. Included in the nearly $800 billion stimulus was $8 billion for high-speed rail. That’s where the money for Wisconsin’s high-speed rail project came from — $810 million for a train between Madison and Milwaukee.

One of Walker’s objections was that while the initial money for the project was coming from the federal government, the state of Wisconsin would eventually be on the hook for about $7.5 million per year to keep the trains running.

But Brenman said that’s not unusual for transportation projects.

"There is no such thing as 100 percent federally subsidized transportation project," Brenman said. "There's federal money, but there's always going to be more money required."

The proposed project in Wisconsin was no different. Brenman said it’s for that reason it’s understandable a politician would be reluctant to take federal money for a project that would later require state funding.

Transportation Brings People Together — And Separates Them

While no transportation system pays for itself, the U.S. still heavily favors certain transportation options over others. Oftentimes, that favorability shows itself in the way of government subsidies.

Brenman said there’s a direct correlation between the amount of subsidy per rider and the demographics of who uses that form of transportation. He says ferries in some parts of the country are predominantly ridden by white and higher income people and they’re subsidized heavily when compared to diesel buses.

"Buses are ridden very heavily by lower income people and people of color in the United States," Brenman said.

Different demographics of Americans use transportation differently. According to the U.S. DOT, people living in poverty are less likely to own or have access to a vehicle, so they rely more heavily on public transportation. 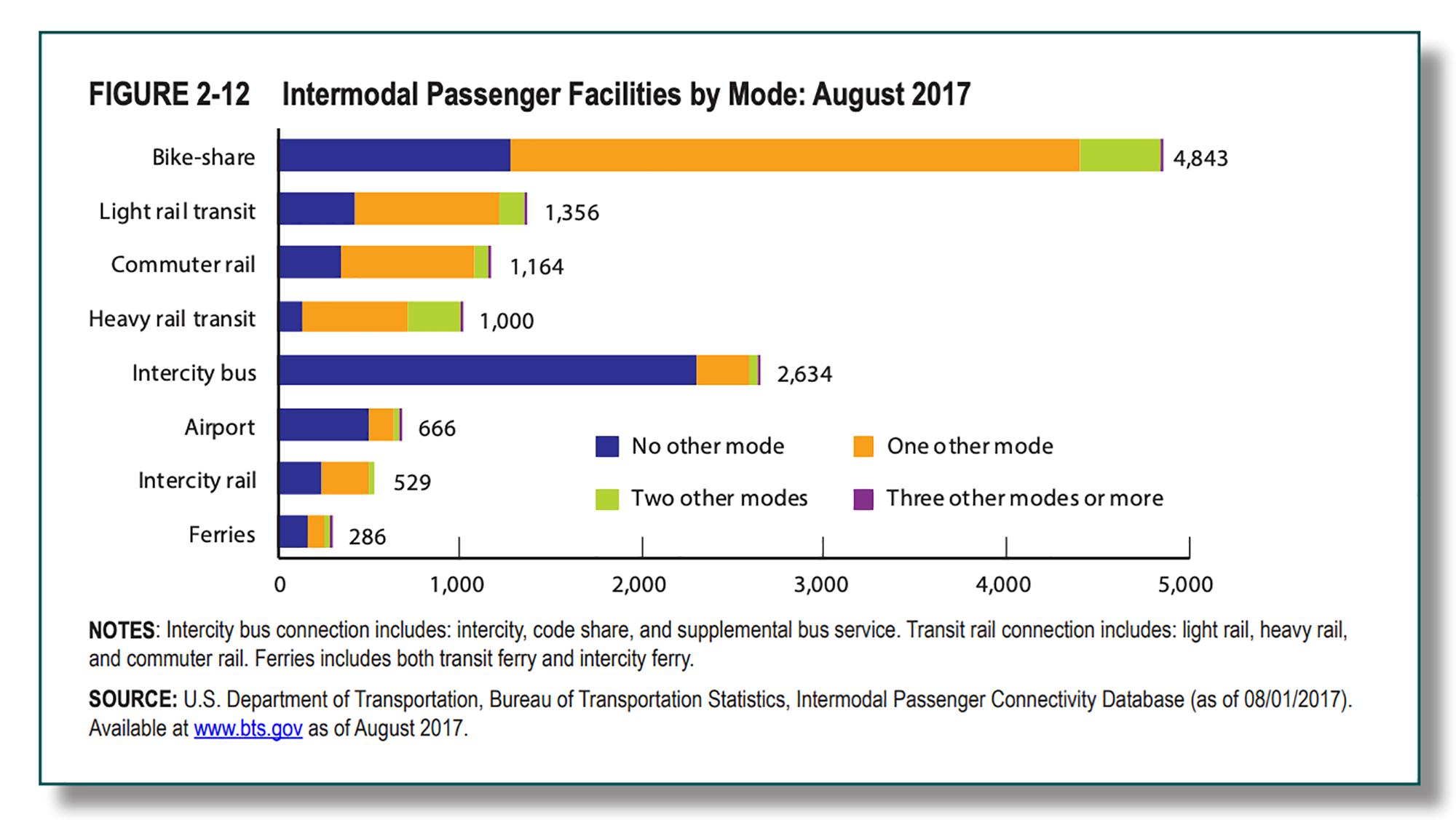 And while different transportation modes provide mobility and connection, they can also divide communities and neighborhoods.

"Transportation is, of course, the glue that holds everything in society together, but it also can separate people," Brenman says.

Brenman added that "transportation has been used for both purposes in the United States."

Transportation is both crucial for the community and inherently complicated. But through the complexity, this remains true — it’s needed, it must be funded and it will, almost certainly, be intensely debated by both politicians and their constituents.

This story is part of WPR's "Derailed," a limited-run podcast about Wisconsin’s high-speed rail line that never was. It’s a look at how the project came together, how it fell apart, and what it says about how Wisconsin has changed. To listen to all the episodes go to your favorite podcast app or visit wpr.org/derailed