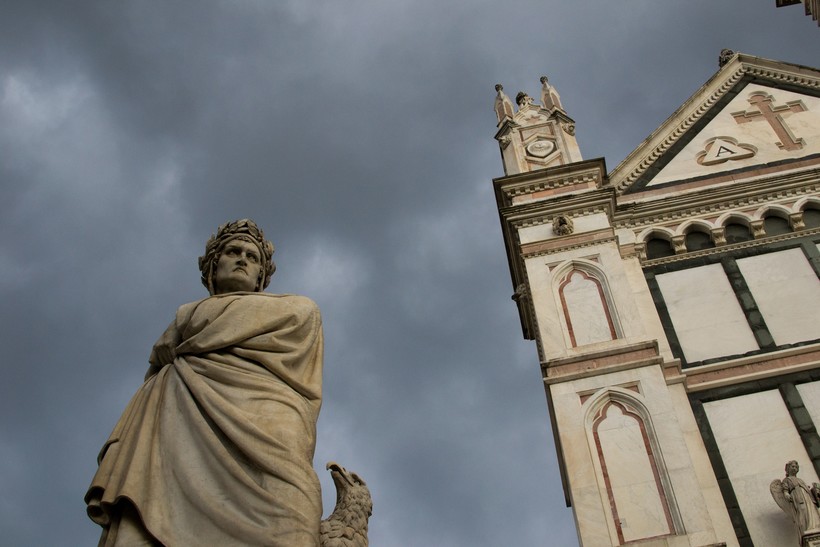 A statue of Dante Alighieri in Florence, Italy. Dante did not think highly of brown nosers, putting them lower in hell than murderers in his famous poem, "Inferno." Antonio Trogu (CC BY-NC-ND 2.0)

'Worse Than Murder:' A History of Brown-Nosing

There’s a reason names for the behavior sound so ... gross.

"The act of sycophancy has always been associated with excrement," says Mark Parker, an English professor at James Madison University. "... There’s a kind of smearing you’re doing to yourself as well as the world." 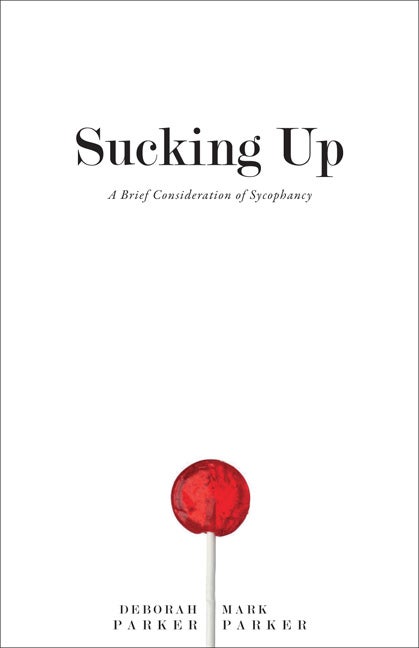 Sycophancy, as Parker refers to it, means flattering someone in order to gain an advantage. He documents it in a new book, "Sucking Up: A Brief Consideration of Sycophancy."

It’s so common, he says, you probably know a brown-noser yourself. But it’s not a new phenomenon.

Italian poet Dante Alighieri even wrote about it back in the 14th century in his famous poem, "Inferno." He has a special place for devious flatterers: lower in hell than even murderers.

When Parker and his wife, Deborah — an Italian professor and co-author of the book — teach "Inferno" to their students, Parker says they’re always surprised how sycophants could end up so low on the moral ruler stick.

"Dante is very clear about why he puts them lower down than someone who takes someone’s life," Parker said. "He thinks that it’s a sin against community that makes it impossible to have a working community. And so he considers fraud like this to be much worse than murder."

Dante’s attitude toward sycophants, as brown-nosers are called, is a sign of the general attitude of the time, Parker said. It wasn’t a good thing to be a suck-up. People believed it had a real effect on the cultural fabric.

In fact, the word "sycophant" comes from a Greek character named Sycophant in a play called "Wealth" from 400 B.C.

"That’s a character who basically is kind of an opportunistic ambulance chaser who finds people who are breaking the law and turns them in," Parker said. "It’s sort of an odd sort of beginning for the word, but it does get some of the deception and perhaps the malice, it brings that out, about the term."

However, that ancient attitude hasn’t carried over into modern life.

"People used to call this out. People used to say very clearly that this is a moral failure," Parker said. "I think people tend to view it now as something more transactional. It’s something that they begin, they enter into, they do it for a purpose, they think, a limited purpose, and then they think that they exit from it pretty free from ... any kind of real ethical lapse. There’s a certain commodification I think that has come to the sucking up now."

Parker said sucking up is just as common as ever. And that’s because it works.

Through social science research for the book, Parker said he and his wife were shocked to find psychology literature that proved that sycophancy is effective, and that humans are extremely vulnerable to it, he said.

It’s easy to overlook. So how do you spot — and avoid — a sycophant?

The problem is, flattery can often look so much like well-wishing. Parker uses an essay from Plutarch, a Greek and Roman writer, to help tell the difference.

According to Plutarch, if you’re suspicious of a person, change your mind. The flatterer will go along with an immoral decision. The friend will not.

Even though Parker has written an entire book about the concept, it still trips him up sometimes.

"It is such a danger. And it can sort of slip by people before they actually know what’s happening," he said. "I have to say a lot of times when I see things I hang fire a bit because it’s so easy to mistake it, and it’s so hard to sort of put your finger on it sometimes."