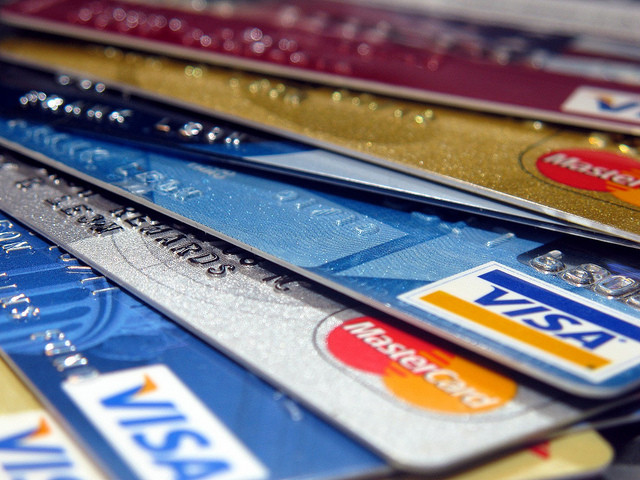 For those Americans who worry about credit card theft or fraud, here's what one credit industry expert recommends: Don’t.

John Ulzheimer is a former employee of credit industry companies such as FICO and Equifax, and a nationally recognized credit expert. He said Monday that credit card theft is so common right now that it’s almost inevitable that a person will experience it at least once — whether via a massive data breach at a major retailer, or via a low-tech "skimmer" in a waiter’s pocket.

The good news is that consumers aren’t liable for fraudulent charges, and banks use advanced fraud detection software that can often catch theft before the customer notices anything is wrong, Ulzheimer said. This reduces card theft to the inconvenience of waiting for a new card, and then updating card information with utilities or online vendors.

Ulzheimer, who himself has been the victim of fraud, said preventing fraud with the current magnetic-stripe technology on cards is a difficult venture.

"When you take your card and use it at a store or online or at a restaurant, you don’t really know what happens to the information once you swipe it through the reader," he said.

What's more, low-tech fraud devices used to capture data from cards, often described as "skimmers," are so easy to get that they’re sold on eBay.

Online transactions are equally difficult to safeguard, Ulzheimer said. Even certified secure servers that use "https" protocol are vulnerable to breaches.

"I think Target and Chase and Home Depot … have proven that there isn’t a foolproof method of transacting," he said. "What I always tell people is not to go into paralysis over this."

Ulzheimer’s advice to customers is to reduce inconvenience, rather than prevent fraud. For starters, he recommends having multiple methods of payment, including two or three "good" cards. He advised not to worry about interest rates for those cards as long as paying the balance every month is doable.

"Use those cards and rotate them periodically so the issuer doesn't close them because of inactivity," he said. "If one of your cards gets compromised … then you can just pull out another card and continue to transact with no problem while the card is being replaced by your issuer."

Ulzheimer also said that safer technology will eventually give consumers more protection. European banks have already converted to advanced cards that use computer chips to store card information, which require a PIN to use. Those cards would also require different types of readers that U.S. retailers have been slow to adopt because of the cost.

Ulzheimer said the result is a "game of chicken" between retailers and card issuers.

Ulzheimer said he expected the stalemate to end eventually — and possibly soon thanks to the attention the massive Target data breach drew to the issue in 2013.

"(The breach) really pushed the industry and got lawmakers involved," he said. "The light that was shone on the industry exposed … that this technology has been available for forever."