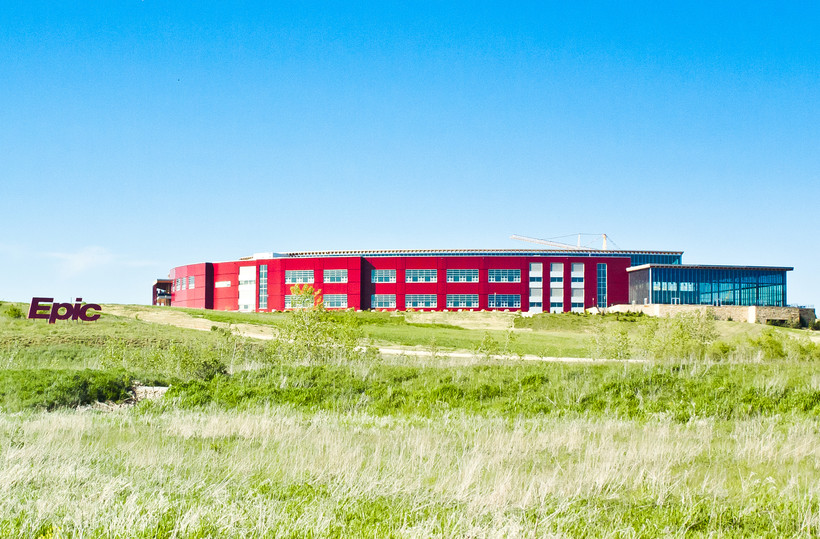 Workers, Officials Urge Remote Work As Epic Seeks To Bring People Back To The Office

Some workers and county officials are glad that a Madison-area software company is delaying plans for employees to return to in-person work, arguing the move would go against public health guidance to reduce the spread of COVID-19.

Epic Systems had been planning a phased return of employees on Monday that prompted pushback from hundreds of workers. But the company notified workers in a Saturday email that it would delay its plans after receiving a letter from Public Health Madison and Dane County.

The health agency had received complaints the company was allegedly violating a July 7 public health order by failing to facilitate remote work to the greatest extent possible.

Epic's decision to avoid bringing people back to work is a step in the right direction, according to Noah, an Epic employee who asked his full name not be used for fear of reprisal. However, he noted they haven't committed to changing their plans.

"I just don't see a world in which that is going to be a safe thing to do, especially if at that point, 9,000 other employees have already made the trek back to campus," he said.

In the email to workers, Epic said more than a third of its workforce of 10,000 employees were on campus in the last week.

Public Health Services Supervisor Bonnie Koenig wrote in an Aug. 6 letter that the company's plans were not technically in violation of the public health order. But she said the company's move to return all staff to work in September "may result in a violation" and asked for more information on why they need to return to the office.

The letter also references a July 28 call that regarded a difference in interpretation of what constitutes facilitating remote work. The company thought allowing staff to work alone in their offices would meet that requirement, but health officials say it does not.

In response, Epic is now asking for additional guidance and that health officials work with the company to approve plans in compliance with the public health order.

"The fact that even now Epic is seeking clarification on that just shows to me that they haven't been really cooperating with the relevant public health officials," said Noah.

Sverre Roang, the company's chief administrative officer, said in a statement that Epic has engaged experts to review their plans for employees to return safely, including former Acting FDA Commissioner and CDC infectious disease expert Dr. Steve Ostroff. Some precautions they're taking include setting up partitions in offices or making accommodations for people to work alone.

Roang said they're adjusting the timeline for people to return while they work with health officials to "gain their agreement on our plan."

"It is our hope that by working together we can be a model for other businesses around the country on how to safely bring staff back to work," said Roang.

Dane County Executive Joe Parisi urged businesses on Monday to facilitate remote work wherever possible in response to Epic's plans, as well as others who are planning to get employees back to work.

"I would hope that they and other businesses continue to enable and encourage their workers to work from home and to work remotely and not have to come in when it's not absolutely necessary," said Parisi.

In its email to employees, Epic said in-person work is necessary to create conditions to provide the best possible software and service "to help our customers save lives and help patients get healthy and stay healthy."

Workers like Noah say they're asking company officials to trust them to do their jobs.

"We don't think anybody is going to be as productive during a pandemic, no matter where they're working from," he said. "But just let your employees have a say over their own health and take control over the well-being of themselves, their families and their communities."

Public Health Madison and Dane County is asking Epic to provide information explaining why all employees must return by Friday, Aug. 14.