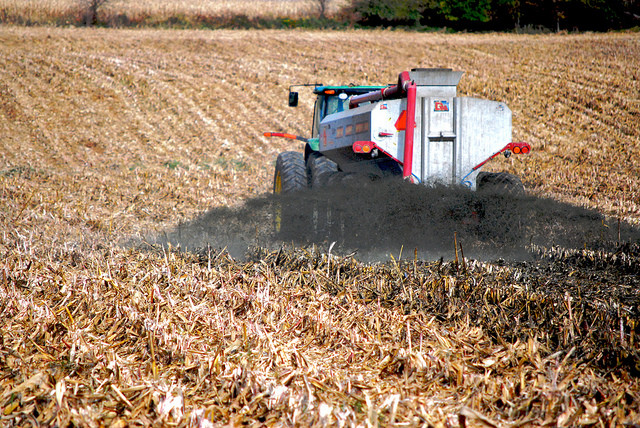 Wood County Board members are considering a ban on the aerial spraying of liquid manure.

The ban, which would end a practice that involves spraying liquid manure onto fields with industrial irrigation equipment, is being pushed by residents of the town of Saratoga, who are also trying to stop a proposed combined animal feeding operation called Golden Sands Dairy,

One resident, Criste Greening, said she's concerned about alleged negative effects on health and the environment.

“There is a huge concern in regard to airborne pathogens that would be inhaled both with residents alongside the field and with the drift,” said Greening. “Even though people think it's just a bad smell, it's highly toxic gases.”

Wood County Board members are also hearing from those who think a ban could hurt the regional farm economy. Supervisor Donna Rozar of Marshfield said she was asked to go slow by a local cheese maker.

Rozar said she hasn't made up her mind on the issue.

“There's concern out there, both on the pro side and the con side,” said Rozar. “I guess as elected officials it's our responsibility to sort that all out.”

Rozar's Health and Human Services Committee held a hearing Monday night on the proposed ban, which has already been endorsed by another Wood County committee.

Editor’s Note: The owners of Golden Sands Dairy were not able to comment on the proposed ban in time for this story.