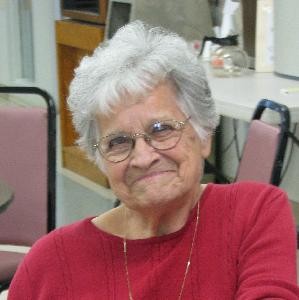 Teams of walkers are taking to the streets of Wisconsin this month to raise money to fight Alzheimer's disease.

One of the walker's is 89-year-old Colleen Aird of Superior. Her daughter, Pat Nelson, says Aird did not even flinch when she told her about the mile long walk. "Mom said, 'Well, I can do that.' So, I said, 'Okay, I'm going to sign you up.' She's now the number one individual fundraiser in Superior."

So far, Aird has raised $625. That is almost three times as much as the next walker.

As a senior citizens benefits counselor, Nelson sees the devastation that Alzheimer's has on people. "Like Mom said, it's terrifying, that loss, or that anticipation of losing your memory; losing your relationships, losing the things that are basically who you are."

Superior Alzheimer's Coordinator Freda Carlson the money raised will go for medications and support for family members and other Alzheimer's caregivers. "And what we are hoping is to get more folks diagnosed at an earlier stage and get them into clinical trials where the current medications might be more effective in the earlier stages of the disease."

As for Colleen Aird, she says she has been in training. "I live on the second floor of an apartment building, and I always use the stairs, 27 of them."

Walks across the state are going on this month and into early October.

Join the Walk to End Alzheimers here, or you can make a donation in Colleen Aird's name.