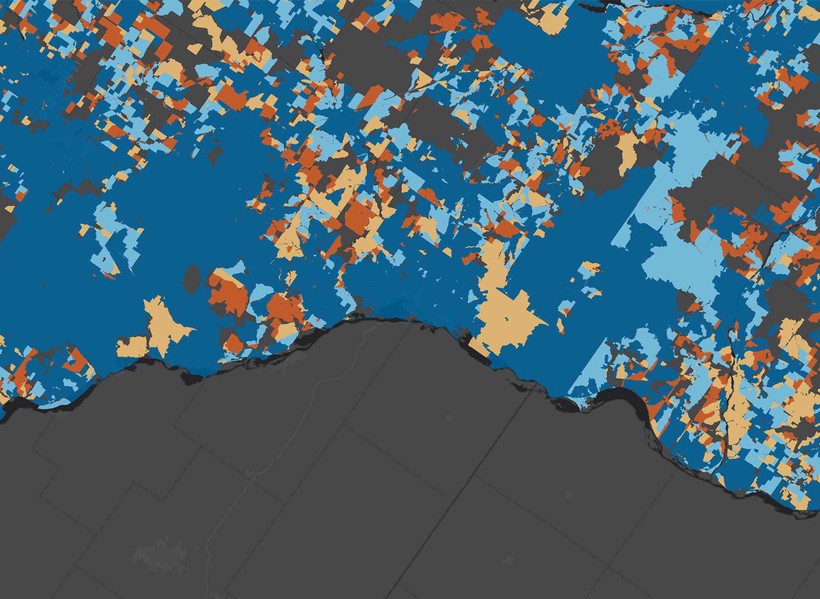 Limited access to reliable, high-speed internet services is an issue facing rural Wisconsin that generates a lot of attention and calls for action, yet may seem to be moving at a crawl.

For many Wisconsinites, even for those who could afford it, lower-speed broadband options or lack of access entirely stifles individual economic opportunities and limits business development options for communities.

The state fares poorly in national rankings of this infrastructure. U.S. News and World Report lists Wisconsin 41st in the United States in its ranking for internet access, 40th for ultra-fast internet access and 32nd for broadband access. Meanwhile, a report released in July 2018 ranked Wisconsin 36th in the nation for mobile phone internet speeds. 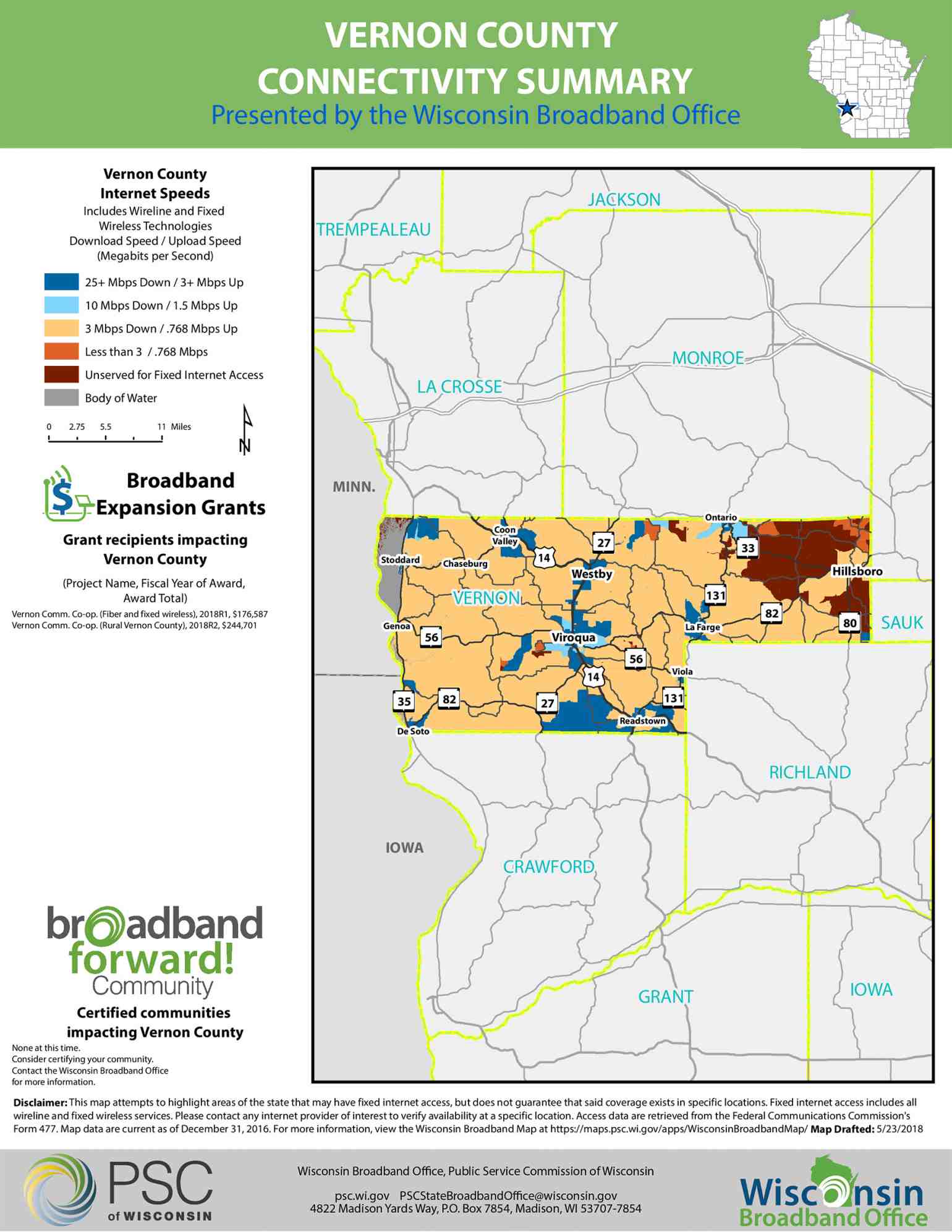 The status of broadband access and speed is a well-established issue in Wisconsin, particularly in more rural areas like the state's northern reaches. Knowing exactly where in Wisconsin broadband is not readily available, though, is necessary for defining the scope of this issue, and taking steps to improve access for areas that are affected.

While a ready source for data on broadband access in the state comes from the Wisconsin Broadband Office, this information is collected by the Federal Communications Commission.

Angie Dickison, state broadband director with the Public Service Commission of Wisconsin, said the state's office maps statewide coverage levels using data collected by FCC, which is submitted twice a year by internet service providers. However, collecting this information is not without challenges, she said.

"The data is recorded at a census block level. So if one address in the block receives one service, the whole block gets measured that way," Dickison said. "The challenge is even greater in rural communities where census blocks are larger."

Based on available data, broadband access in seven counties running along the Mississippi River in western Wisconsin lags behind other parts of the state. Portions of Pepin, Buffalo, Trempealeau, La Crosse, Vernon, Crawford and Grant counties have little to no broadband service. 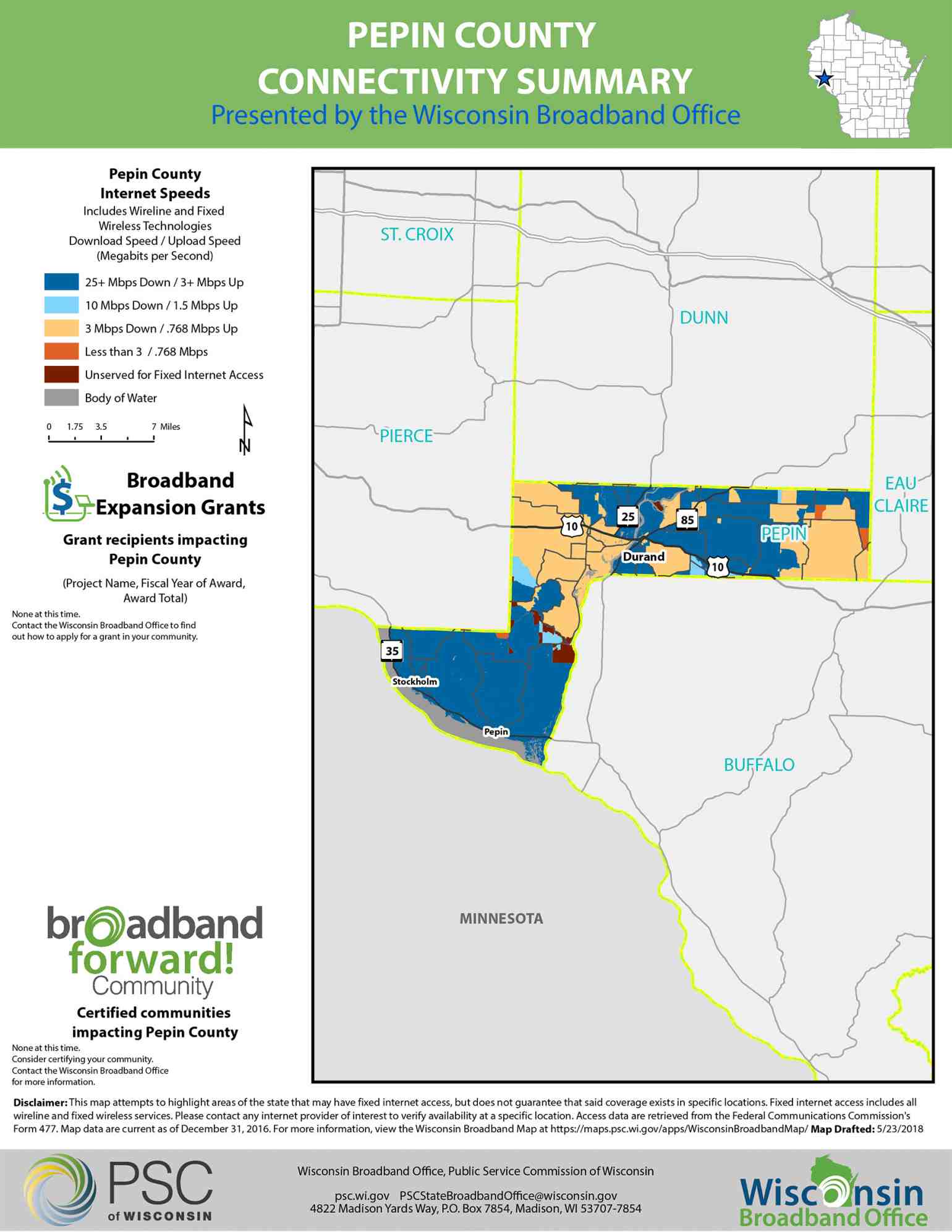 The importance of greater broadband access and improved speed spans well beyond convenience. A 2013 report from National Agricultural and Rural Development Policy Center, a policy organization funded by the U.S. Department of Agriculture to research rural issues, found that median household income in rural areas grew at twice the rate where broadband service was available, compared to where it was unavailable.

One new program being pursued by the Wisconsin Broadband Office is the Telecommuter Forward! initiative, which is defined in state statute (196.5405) and serves as a way for communities to use their broadband access as a way to promote economic development. This could be through increased communication between all stakeholders, promotion of telecommuter-friendly workspaces or marketing telecommuter broadband practices.

Another recent state project is the Broadband Forward! initiative, which certifies cities in an effort to spur economic development. Once cities are certified, it signals that they have taken steps toward investing in broadband infrastructure.

The Role Of Telecom Co-Ops In Rural Areas

In western Wisconsin, many rural residents receive broadband access from local telecom cooperatives -- organizations that are owned and controlled by their members that operate on a service-at-cost basis. A 2017 report issued by the University of Wisconsin Center for Cooperatives noted rural Wisconsin’s deep history of using cooperatives to satisfy infrastructure needs.

Wisconsin's 11 telecom cooperatives take a longer term perspective on investments and largely focus on fiber optic networks that are 10 to 20 times faster than 3G or 4G wireless service. "A co-op is what one person couldn't do on their own. Smaller sectors can't achieve what larger cities can," said Gina Tomilson, CEO of Cochrane Co-op Telephone. "It's member-driven and member-run. It’s not about the bottom line. You still have to be fiscally responsible, but it's about serving rural America and getting members what they need." 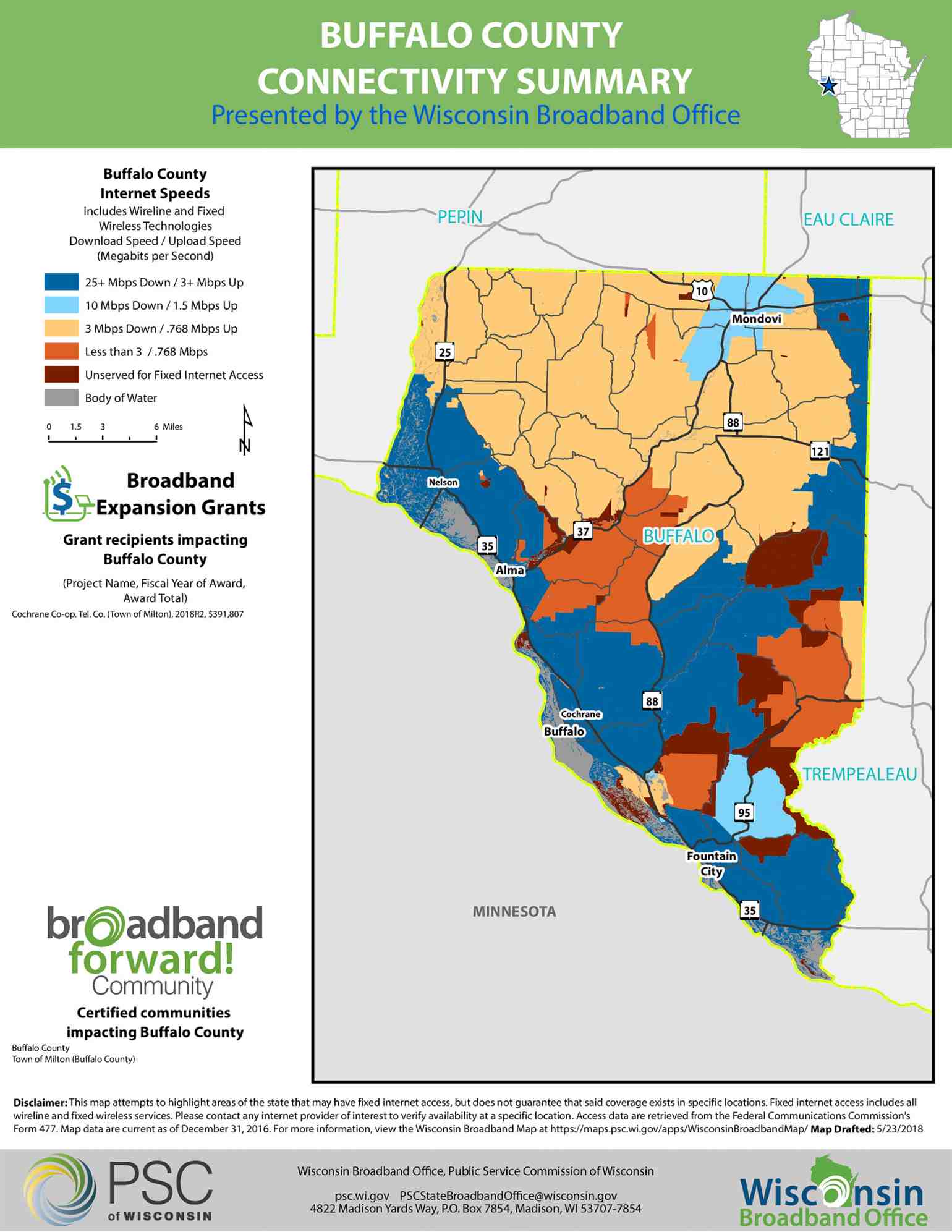 In June 2017, the town of Milton in Buffalo County, was awarded a state grant to partially fund a broadband expansion project by Cochrane Co-Op.

Tomilson said Cochrane Co-Op "put the plow in the ground" in August 2018 to install fiber for this project. Once complete, all residents of the town of Milton will have access to considerably faster broadband speeds.

While this project would not be possible without the grant, Tomilson said most federal and state funding is offered to larger carriers and providers. She called this approach a "misnomer," as most broadband services to rural areas are provided through co-ops.

"We’re always educating residents on what they can do to improve their broadband access or how to utilize what they have," said Tomilson. "Almost everyone we serve has fiber to their home. We're fighting bigger companies, but yet we're providing better and cheaper services to rural residents."

The Ongoing Pursuit Of Better Broadband Access In Rural Wisconsin was originally published on WisContext which produced the article in a partnership between Wisconsin Public Radio, Wisconsin Public Television and Cooperative Extension.