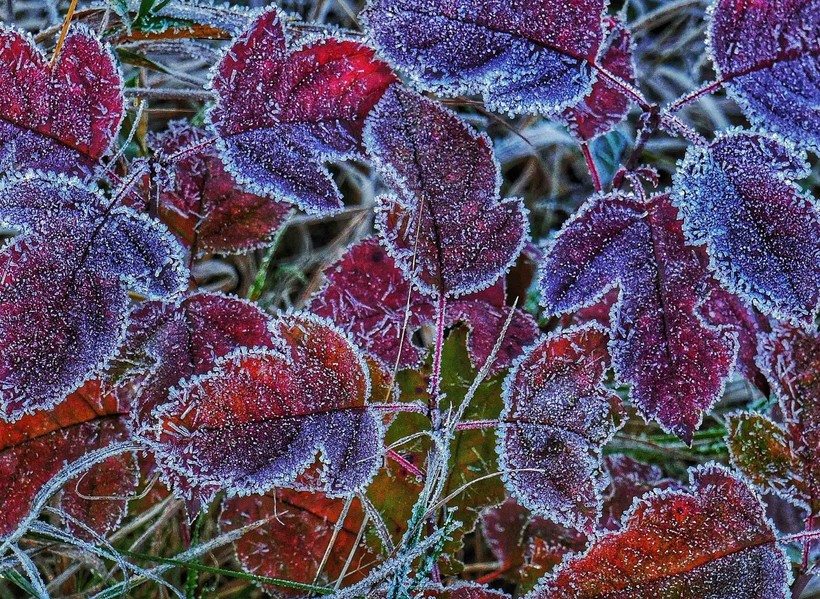 WisContext: Fall Is More Than A Fallow Season For Gardens

'University Place': The Art Of Tending A Landscape Through And Beyond The Harvest
By Samantha Nash, WisContext
Share:

Fall can be a turbulent time for gardeners, as an encroaching chill in the air begins to leach the life from the plants they've worked hard to nurture through the spring and summer.

While it may be tempting to abandon horticultural pursuits as trees blush red and amber, the date of the first frost in Wisconsin can vary by a month or more from year to year, potentially extending the growing season. And as growers gather their harvest, there is still time to develop fall and winter interest in formerly green spaces.

Expectations of a garden's appearance and planting composition should shift with the seasons, said Jerry Nelson, owner of Classic Gardens in Raymond, in an Oct. 26, 2015 talk, recorded for Wisconsin Public Television's "University Place."

Although an extended growing season in some parts of Wisconsin can stretch all the way to November, a garden with longevity through autumn will have its roots in strategic spring and summer planting. Nelson suggested gardeners select cultivars that do not rely on blooms to offer interesting color and texture, such as kales, cabbages and various ornamental grasses. Evergreens and deciduous trees with striking fall colors can also add depth to a landscape. Trimmings from summer plantings, like corn and soybean stalks, can be paired with pumpkins, gourds and squash to create a seasonal tableau.

The conclusion of the growing season does not mark the end of a gardener's to-do list; fall is the ideal time to turn over soil in a vegetable garden, compost leaves and debris, and plant bulbs for the following spring before the ground freezes. Garden beds may also benefit from the application of mold treatments, and some plants, like roses, can be winterized with a layer of mulch and baited traps to discourage mice and other pests from dining on their roots when other food supplies grow sparse.

After the beds are put to rest and tools, planters and other supplies are stored away until the first signs of spring, gardeners can still engage with their landscapes by planning for the next year's growing season.

"There's endless combinations," Nelson said. "So you got to let your imagination go, and then try to find the things that fit what you're doing, because you don't ever do the same thing twice."

Fall Is More Than A Fallow Season For Gardens was originally published on WisContext which produced the article in a partnership between Wisconsin Public Radio, Wisconsin Public Television and Cooperative Extension.