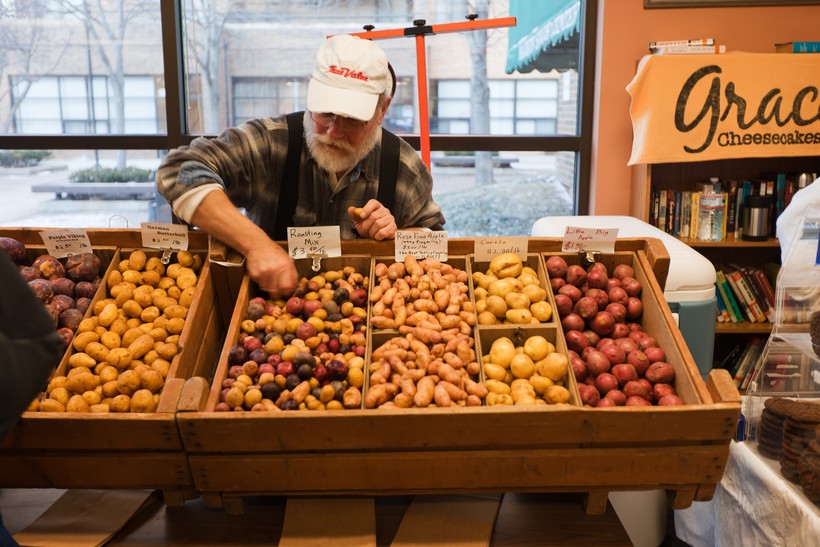 Now that the winter farmers' market season is officially over, organizers are able to call it a success.

There are 25 winter farmers' markets in Wisconsin. Those who help run them say more customers are starting to realize that there is a lot of fresh food and meat to choose from, even during the colder months.

Deb Deacon is the marketing coordinator for the Milwaukee County Winter Farmers' Market. She says crowds grew by at least 10 percent over last year. She says, it wasn't just the food and crafts that drew people in. She says it was also a chance to talk with friends and neighbors: "I think people need a place that's not home and not work, but like a third place. That's what I see has happened in our market.

Hundreds of people helped the Oshkosh Saturday Farmers' Market flourish during the first year it was open for the winter. Co-organizer Michelle Schmid-Schultz says even she was surprised at the variety of food items available, such as canned goods and vegetables kept crisp through science: "We had great stuff all year around and I was just surprised at the amount of creativity these producers have to keep their business going year round."

The winter farmers' markets have proven so successful that their numbers are growing. Wisconsin had only four winter markets five years ago.