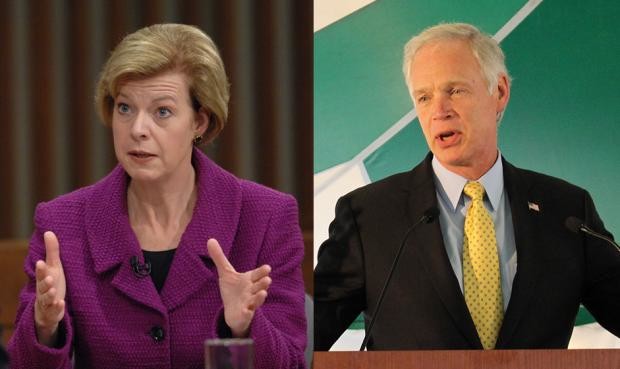 Wisconsin's US Senators Press For Action On Coronavirus

Wisconsin’s two U.S. senators are using their positions on key committees to urge action against the coronavirus, which originated in Wuhan, China, and is spreading to other countries. There are five confirmed cases in the United States.

Republican U.S. Sen. Ron Johnson wrote to acting Secretary of the U.S. Department of Homeland Security Chad Wolf on Tuesday inquiring about the department’s strategy to contain the disease which has spread to 18 locations around the world.

Johnson chairs the Senate Committee on Homeland Security and Governmental Affairs. In the Tuesday letter, he demanded answers on airport screening and ways to detect other infected travelers who enter the United States by other means.

The Trump administration has extended screening for the virus to 20 U.S. airports from the original five. It did not, however, declare a public health emergency for the Wuhan coronavirus.

U.S. Sen. Tammy Baldwin is a member of the Senate Committee on Health, Education, Labor, and Pensions. The Wisconsin Democrat joined 29 of her U.S. Senate colleagues in sending a letter to Health and Human Services Secretary Alex Azar this week requesting updates on the administration’s response to the coronavirus outbreak and information on the steps being taken to keep families safe.

In a press conference, Azar acknowledged the outbreak is a potentially serious health threat to Americans but, at this point, he said people should not worry for their own safety.

"This is a very fast-moving, constantly changing situation," Azar said, explaining health officials are still trying to determine the severity of the virus and how fast it spreads. He noted the mortality rate may drop later on. Chinese health officials report more than 130 people have died after being infected with coronavirus.

There are no confirmed cases of coronavirus in Wisconsin yet. But it is one of 26 states with suspected cases where people are being tested. One test from a Wisconsin resident has already come back negative. Tests for another five people are pending.

Six exchange students from the University of Wisconsin-Platteville who arrived on campus from China on Jan. 21 were screened for coronavirus at Chicago O’Hare International Airport. State health officials would not say if any of those students are among the cases being tested.

Inside Higher Ed is reporting some American universities and colleges have announced new restrictions on travel to China in response to upgraded travel advisories from the Centers for Disease Control and Prevention and the U.S. Department of State.

UW-Madison officials are discouraging nonessential travel to China in the coming months, which is in line with a recommendation from the CDC. In an email to staff and students, Provost Karl Scholz said university-sponsored student travel to China is now prohibited because of federal advisories from the CDC and State Department. Employees who plan university-sponsored travel to China while the advisories remain in effect should discuss their plans and the need for travel with their supervisor, Scholz said.

In a message to the UW-Madison campus, University Health Services Executive Director Jake Baggot wrote,"If you have not been in Wuhan in the past two weeks, your risk is very low. Influenza remains the most serious public health concern for members of the UW–Madison community."