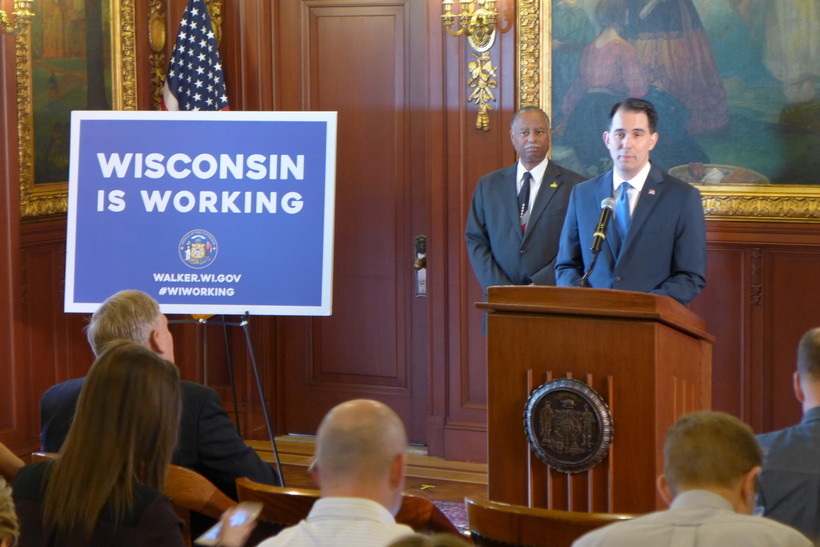 Wisconsin's unemployment rate dropped to 3.7 percent in February, the lowest it’s been since November of 2000.

"To put that in perspective, the last time it was this low, Tommy Thompson was still working in that office and Bill Clinton was still president of the United States," Walker said.

More detailed numbers will be released later this year. Those have repeatedly shown that Wisconsin’s job creation rate has lagged most other states.