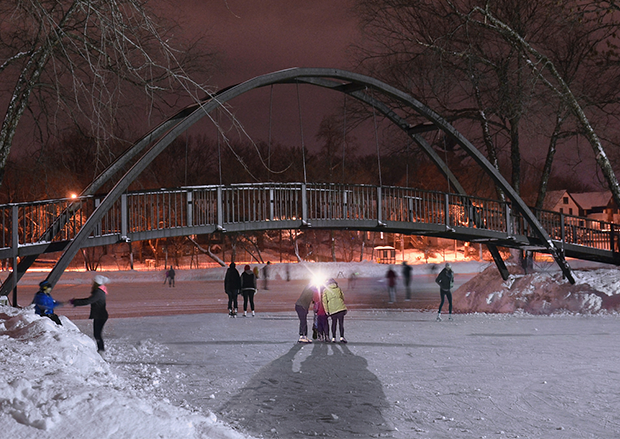 Experts Say There's No Such Thing As 'Standard' El Niño -- Even In Wisconsin
By Kristian Knutsen
Share:

Each El Niño event has a different effect on weather conditions on both global and local scales. These differences in large part depend on how a given El Niño develops.

The phenomenon is set in motion by the warming of surface waters in the tropical eastern Pacific Ocean, but the speed at which this happens and the specific distribution of where these changes occur affect how an El Niño unfolds and is experienced. Broad patterns influence how an El Niño can affect temperature and precipitation levels around the world, including in the midwestern U.S.

The impact of El Niño in north-central states is typically not as pronounced as in other parts of the world, particularly in the tropics. The Midwest Regional Climate Center, a project of the National Centers for Environmental Information and Illinois State Water Survey focus specifically on how El Niño plays out in the Midwest. Its look at Midwest climate and El Niño offers a good starting point for understanding the phenomenon on a regional level.

During an El Niño event, the Midwest generally experiences warmer winters. During major El Niños, temperatures have been well above average, with conditions warmer than normal farther to the northwest. There is a marked difference in temperature differences between the earlier three and latter four El Niño events, though. As documented by the Midwest Regional Climate Center, average winter temperatures were actually slightly below normal during the 1950s-'70s events. Meanwhile, average winter temperatures during the more recent El Niños have been much higher than average, with each of those winters ranking near the top of the warmest recorded over the last 120 years.

Precipitation has generally been close to normal during these events, except for slightly below-average levels in the Ohio River Valley. These figures are more variable when one looks at individual El Niño winters, though, with both wetter and drier winters in Wisconsin and throughout the region. More consistent is a decrease in snowfall totals across much of the Midwest, though there is variability in areas of Wisconsin and elsewhere that received slightly more snow than average during specific winters.

Ultimately, there is no such thing as a standard El Niño, owing in large part to the limited number of events that have been identified and studied so far. Numerous other climatic systems can affect weather conditions at global and regional levels, and the specific expression of the current or any future El Niño remains uncertain.

"Even though we know about El Niño, there are a lot of things we don’t know. We need to understand these events better," said Vimont. "A lot of people think because we can model El Niño, we have a really good handle on how each one of these events develop, and that’s just not true. We do understand El Niño better than we did 10 to 20 years ago, but there’s a lot that still needs to be studied."