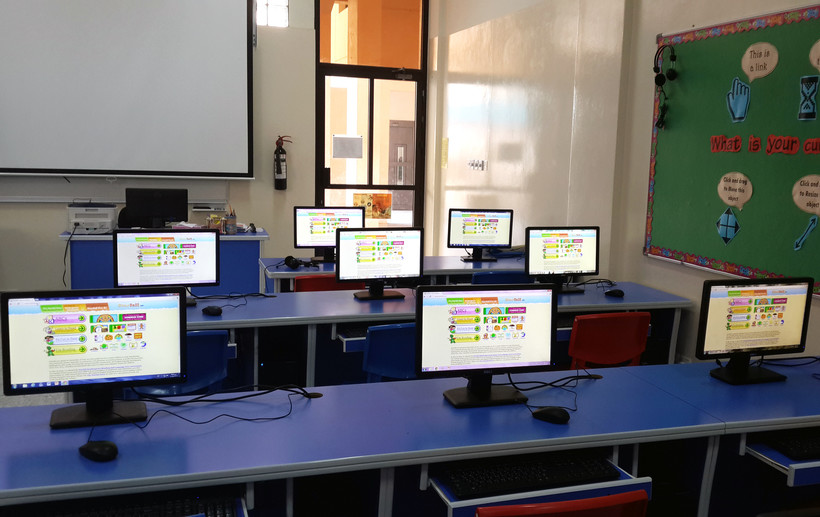 High-Profile Badger Exam Was Scrapped After Just A Single Use
By Kyla Calvert Mason
Share:

Wisconsin students will finish taking annual state math and reading tests later this week, but the tests have been anything but standardized over the last few years. Wisconsin is one of seven states where students have taken three different exams in each of the last three years.

That’s because the Badger Exam, rolled out last year, was beset by technical and political troubles. The test was meant to adapt based on students’ performance, but that feature did't work. Schools experienced problems getting their students onto the new online system to take the test. And the Common Core State Standards that the Badger Examine was designed to measure had gone from having bipartisan support in 2010 to being unpalatable to some Wisconsin conservatives by 2014.

That mix led state legislators to scrap the test last summer, which put schools and districts in a time crunch. The Badger Exam was the result of a 28-state collaboration starting back in 2010. There were just a few months to find a replacement.

There was no evidence that the rush impacted students at Kenosha’s Bullen Middle School on a recent Tuesday though. That hallways filled with laughing, yelling, rushing students after the lunch period like any other day, even though students had taken part of the new Wisconsin Forward Exam earlier that day.

But Bullen Middle School principal Andrew Baumgart said it's been less of a breeze for administrators and faculty.

"This year I think it was more about the build up, waiting for when are we going to get the information," he said "That created a little bit of anxiety about what will we have to do to instruct everybody on what to do."

The state chose Data Recognition Corporation to develop this year’s state tests, called the Wisconsin Forward Exam, last September. The contract costs the state $40 million -- less over 10 years than the Badger Exam would have -- but it doesn't have the adaptive features that didn't work but contributed to the previous exam’s cost.

Troy Couillard, director of the Department of Public Instruction’s Office of Student Assessment, said the state reached a final agreement last month with the provider of the Badger Exam to recoup payments the state made for those features.

Kenosha Unified School District administrators said once the state started preparing for the Wisconsin Forward Exam, they received more regular updates from DPI than they did last year. That trickled down to Bullen's eighth-grade English teacher Marcellene Wolke.

"It just seemed like the Badger Exam — we got all the same information but it seemed to be kind of sporadic and not all up front, so to speak," Wolke said. "So we weren’t quite sure what we were going to do and when we were going to do it, so this seemed more organized."

It helped that this year’s tests actually worked. When the Badger Exam rolled out last year, it was the first statewide attempt at online testing.

"When we did Badger last year, I don’t think we were wired for that many users to be on the system," Wolke said. "I know in this past year, we’ve really set ourselves up with more wireless and more capabilities so we wouldn’t crash as often and this year it was beautiful."

Seventh-grader Katherine Feick was relatively unphased by another year of new exams.

"I thought it was kind of hard, but I like challenging things and I like trying to get myself to think harder," she said.

She said the Forward Exam isn’t that different from last year’s. It’s the old paper and pencil tests that Wisconsin used for more than a decade before that, that she remembers as different.

"It was kind of weird, because we didn’t just click easily and just click next," she said. "You had to think more and write down and hopefully you’re not skipping words or anything like that."

Paper and pencil may be weird for 13-year-old Feick but the transition to online exams wasn’t a simple one for the adults that have to give the tests, according to DPI's Couillard. He said Kenosha’s experience is illustrative of how introducing the two new exams have gone. Last year’s exams did have technical problems, but some frustrations were probably unavoidable.

"This year is going much more smoothly for two reasons," he said "One is we’ve gotten everyone over the hump  of moving to online assessments, so everyone was ready for this to happen this year and knows what it looks like to have a statewide online assessment. Secondly, the platform that was used this year has been used in other states, so it's been tried and true."

But that doesn’t mean switching tests two years in a row doesn’t come with other problems. Schools use scores on the state tests to plan classes and teaching approaches for the coming year. Bullen principal Baumgart said the school’s teachers and administrators pull from a variety of tests and classroom data to plan and target instruction, but the changing state exams make it more challenging to compare results year to year.

"It ultimately undermines many of the uses of tests, not just using the test to target or improve instruction, but also uses for research purposes," said Morgan Polikoff, a professor who studies testing at the University of Southern California. "If you’re changing the test every year, for instance, it’s harder to calculate teacher and school performance measures."