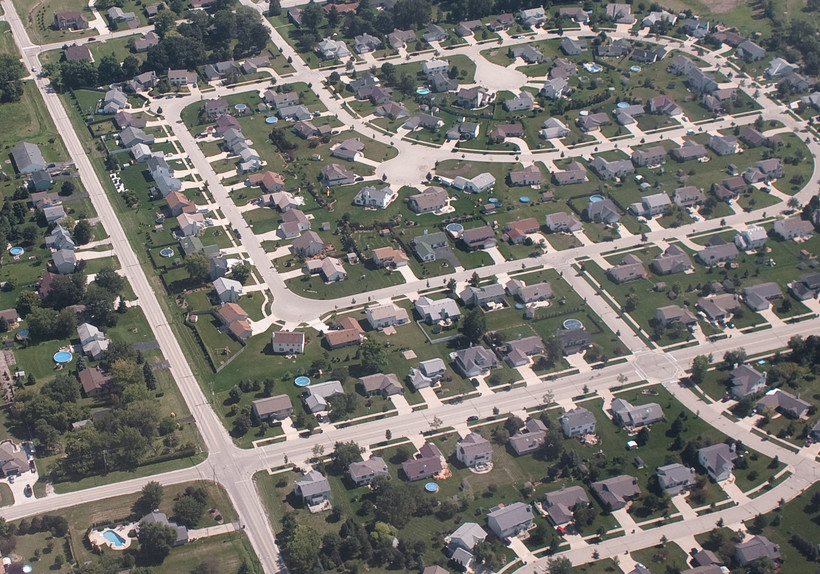 Aerial view of suburbs outside of Milwaukee. Richard (CC BY-SA)

America’s middle class is growing but most states haven’t recovered to the levels of 2000.

"We used to expect the middle class to grow. That was kind of a given. And we’ve had nearly 20 years where it hasn’t," said Laura Dresser, associate director of the Center on Wisconsin Strategy, a progressive policy institute on the University of Wisconsin-Madison’s campus.

Wisconsin is one of 30 states that saw more middle-income households between 2016 and 2017, according to an analysis by The Pew Charitable Trusts.

But that growth was modest; less than a percentage point increase from the previous year. In 2017, 55.7 percent of the state’s households were middle-income. That’s down from 59.7 percent in 2000.

What was considered middle class was determined by median household income. In Wisconsin, the most recent figures show that was $56,759 in 2017.

The size of the middle class has gotten a lot of attention over the years. But some say whether it’s shrinking or staying relatively stable, is not the point. Rather it’s the condition of the middle class that matters, Richard Reeves wrote in an opinion piece for the Brookings Institution. Reeves is a senior fellow at Brookings.

The Pew analysis didn't look at income gains but looked at the middle class more broadly, by the number of households considered to be in that category.

Only two places have grown their middle class the last two decades: Nebraska and Washington, D.C. But the Pew analysis says farm incomes are stagnant in agriculture-dependent states like Nebraska; and Washington D.C. suffered from lower federal employment in 2018.