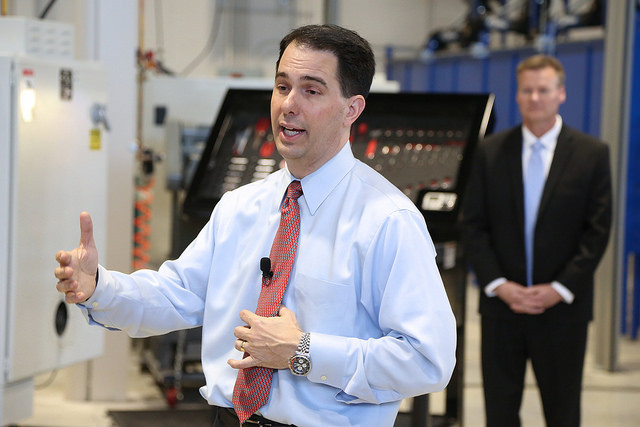 Walker, Burke Each Tout Their Endorsements From Police Unions In Race For Governor
By Chuck Quirmbach
Share:

Three more gun homicides reported during the past week have pushed the statewide toll for the year to 97.

One of the fatal shootings took place Oct. 5 in Sawyer County. The sheriff’s department there says 26-year-old Kristina Clark was killed while at a family cabin.

Glasco's uncle James Washington said his nephew was an ex-Marine, a nice man who loved to cook.

“He was going to (Milwaukee Area Technical College) with a culinary class. He loved that class. The people there, they loved him too,” he said.

Washington said the gun violence plaguing parts of Milwaukee has to end.

This week, Gov. Scott Walker again highlighted his endorsement from the Milwaukee police officers’ and police supervisors’ union. The Republican incumbent said he’s helped expand a gunfire detection system in the city and has given police more tools to combat the illegal drug trade that can fuel violent crime.

“We're going to continue to support law enforcement and fire protection and first responders here in Milwaukee across the state,” said Walker.

“I'm very pleased to have the support of the Wisconsin Professional Police Association, with 10,000 members across the state,” said Burke. “I will work with law enforcement across the state, including Milwaukee.”

Burke said Walker first vetoed an expansion of the gunfire detection system ShotSpotter before agreeing to help fund it in more Milwaukee neighborhoods this year.