In a report released this month, United Nations scientists warned that unless carbon dioxide emissions are cut dramatically, there will be dire consequences with heat, drought, food shortages and severe flooding on the rise. But despite the high stakes, candidates running to be Wisconsin's next governor or U.S. senator aren't saying much about climate change.

Scientists say the public doesn't have to imagine what might happen if climate change isn't addressed. Communities across Wisconsin witnessed the effects this past summer, according to Paul Robbins, director of the Nelson Institute for Environmental Studies at the University of Wisconsin-Madison.

"The changes are increased precipitation in extreme weather events like the kind we saw ... down in this part of the state. I mean, really gully washers," Robbins said. "Two inches or more or 4 inches or more in a 24-, 48-hour period. We had 15 inches of rain."

Robbins said there are steps the government can take to address climate change, but the issue has been an afterthought in Wisconsin's campaigns this year. 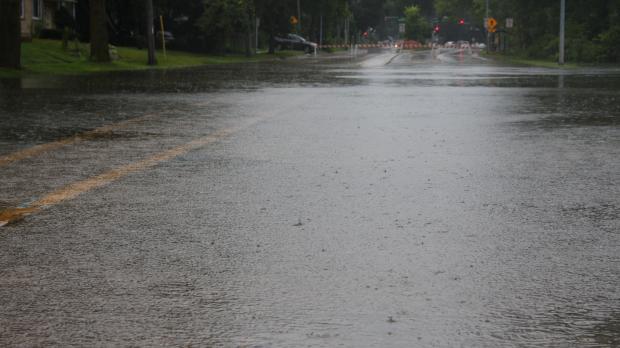 Asked on the campaign trail why she isn't talking about climate change, Republican U.S. Senate candidate Leah Vukmir said at a Superior, Wisconsin stop this week that climate change just isn't a top concern that she is hearing from voters. She said she is hearing more about health care, immigration and taxes.

"I have to admit those are the issues I'm hearing from people the most on, but certainly, as somebody who believes we have this beautiful country and this globe, this earth, that we've been given by God, it's our duty to protect it," she said. "I do believe that, obviously, there is some change that is occurring to climate. What the cause of that is — there are a lot of questions." 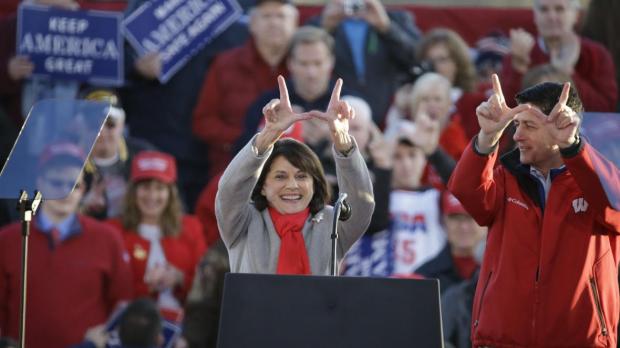 "I think it's an issue that's easy to kick the can down the road because it's not going to hit you today or tomorrow," he said.

But beyond that, when it comes to talking about climate change, Republican candidates don't agree with some of the proposed solutions.

When asked why he isn't saying much about climate change, Gov. Scott Walker said his administration has tried to make the state cleaner and greener during his term.

"What we've done is change things, reform things to make sure the (state) Department of Natural Resources is out front aggressively working with property owners, with small-business owners and farmers to try and avoid the problems in the first place," he said.

But under Walker, Wisconsin has also sued to block President Barack Obama-era plans to curb greenhouse gas emissions from power plants. The governor said the plan could increase costs for ratepayers and businesses by up to $13 billion. And, Vukmir argues many environmental policies haven't shown they're making a difference. 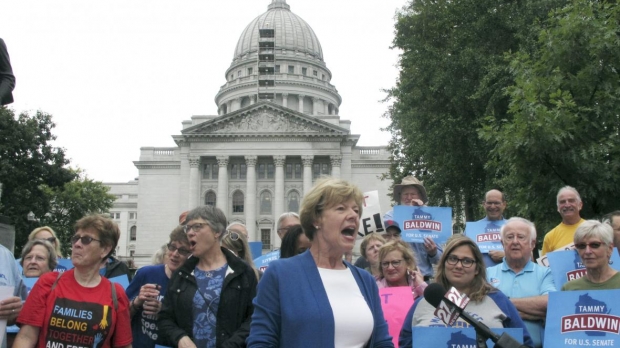 Democrats haven't talked about climate change much during this race, but they're quick to point out that the concerns are real.

At a Wisconsin Broadcasters Association debate, Democratic U.S. Sen. Tammy Baldwin said the effects of climate change are something she has seen firsthand.

"I have been twice up to northern counties in 2016 and 2018 just to survey damage from incredibly extreme rain events that have washed out roads and cost local communities, state and federal resources in order to repair on an emergent basis," Baldwin said.

Democratic gubernatorial candidate Tony Evers has said DNR funding cuts are at the root of the state's pollution problems. When asked why he isn't talking about climate change, Evers said he's a candidate that knows climate change is real and pointed the finger back at Walker for the removal of climate change language from the DNR's website.

"As state superintendent of (the Department of) Public Instruction, we actually stole the climate change stuff from the DNR website before it was scrubbed so it still exists in the state of Wisconsin," he said. "Clearly, Scott Walker doesn't believe in it."

When asked whether Walker does believe in climate change, Walker campaign spokesman Austin Altenburg said in an email the governor wants to strike a balance.

"Scott Walker wants to protect our natural resources, while at the same time balancing it with improving our state's economy," Altenburg wrote.

"As state superintendent of (the Department of) Public Instruction, we actually stole the climate change stuff from the DNR website before it was scrubbed so it still exists in the state of Wisconsin," Evers said, referring to the removal of climate change language from the DNR's website.

Either way, Evers isn't talking about climate change in his 30-second television ads — and neither is Baldwin or Walker or Vukmir.

It might not resonate with voters, but Robbins said the state will have to deal with the problem one way or another.

U.N. scientists estimate it would take $2.4 trillion each year to ward off the worst effects of climate change — the droughts, flooding and the food shortages. But, they say doing nothing could cost more than 20 times that to deal with climate change later on.