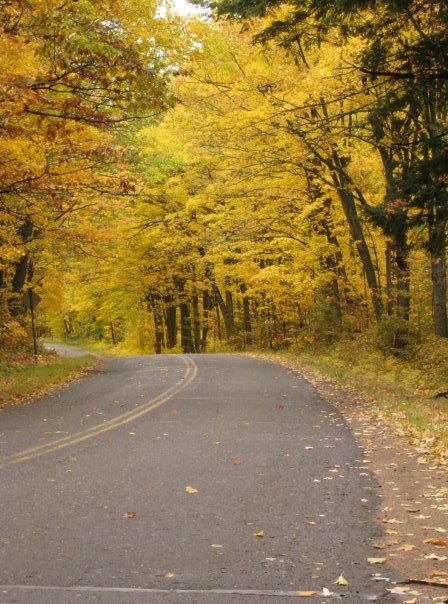 Fall colors are either peaking or close to it in the northern half of Wisconsin. But to the South in drought areas, the peak will be a disappointing brown.

Greg Haberman doesn't consider himself a botanist. To him, all trees are shade trees. But the owner of the Wannigan Resort in Winter says things are sure pretty now. "They're in full bloom and they're falling," he says. "All different colors, from green to blood red, oranges, yellows."

It's peaking at Nelson Lake Lodge near Hayward. Owner Marietta Higgins says after a summer of weather extremes, she didn't know what to expect. "I thought it would be not as good because of the dry but I think they're probably just as pretty as they were," she says. "We've got the real brilliants reds and the pinky reds. It's beautiful."

But much of the state is having a drab autumn. Northland College Forestry Professor Jonathan Martin says brown typically prevails after very dry conditions.

"We're coming out of a drought so that can damage some of the photo-mechanisms," he says. "It can brown leaves instead of having the healthy mechanisms where you have the reallocation of those pigments causing the greens to fade and the reds and yellows to show up. Some of that's damaged and it's just turning brown."

But the far North escaped the extreme drought. Flambeau River State Forest Superintendent Jim Halverson says it's terrific now. He says people are taking leaf walks and drives. "The trees are almost like driving through a cathedral," he says. "They overhang the road and it's very, very pretty."

Halverson says because of the dry weather, the peak time will be shorter in much of the state.