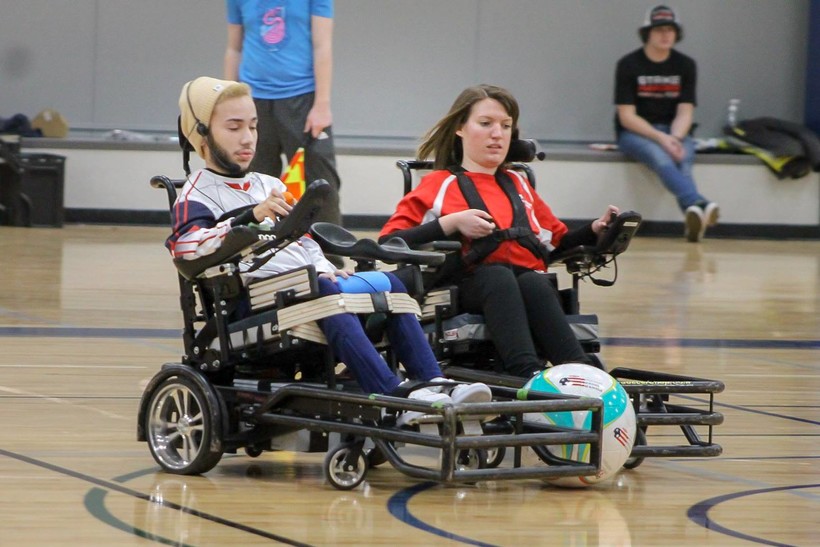 Compared to the number of athletes who play soccer, there aren't many eligible to compete in its sister sport, power soccer. After all, it requires a wheelchair.

But that's one of the things that player Ryan Nell likes about the sport geared toward people with disabilities, particularly because he said having fewer people encourages greater camaraderie.

"Everybody is very friendly, and we all become very close," said Nell — No. 88 for the Wisconsin Warriors. "It's a pretty small population. So we all get to know each other pretty well for the most part."

Nell plays on one of two teams in Wisconsin. The Warriors are based in Madison, and the Chippewa Valley Hooligans are a team out of Ridgeland, northwest of Eau Claire.

The two teams are set to square off in a tournament — the 2nd annual Spin Kick Classic — this weekend in Sun Prairie.

Power soccer is played on a regulation-sized basketball court. Each team has four players: three forwards and a goalie who play two periods lasting about 20 minutes each. The ball used is made of the same material as a soccer ball but is about three times its size.

Jason Endres, No. 1 for the Chippewa Valley Hooligans, said four teams total will participate in the classic from Minnesota, Wisconsin and Illinois. 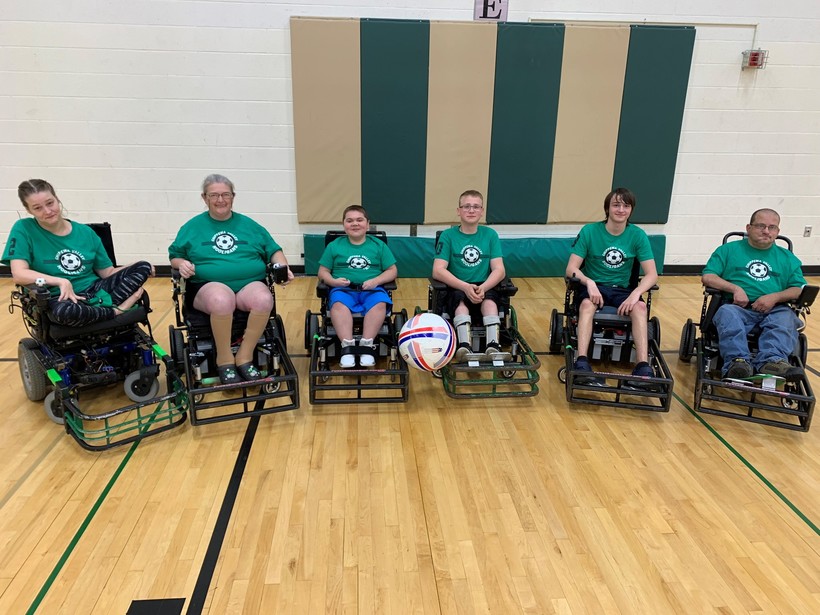 With foot guards that attach directly onto players' chairs, the athletes' feet are protected, and they're able to maneuver, move and pass the ball to other players or to shoot a goal.

Power soccer has origins in the 1970s in France and later in Canada. While popular in numerous countries, nothing tied the teams together until the International Powerchair Football Association was established in 2005. The United States Power Soccer Association formed a year later.

Nationwide, the sport boasts more than 100 teams and programs, of which about 50 compete regularly.

The players are diverse in age, gender and disability. Endres said while he and his wife are both in their 40s, the team's youngest player is 13 years old. Players have to be at least five years old to play.

Nell first got hooked on the sport about three years ago when he joined the Warriors half-way through the season. The Warriors' coach had been asking Nell, a long-time friend, to just come and watch the team practice. He eventually did.

"I was there for about, I don't know, probably five minutes and was like, 'How do I do this? What do I need to do? Who do I give my money to,'" he recalled. "So it was sort of an instant obsession for me."

Nell said spectators are welcome to come and cheer loudly for their favorite teams during Saturday's event.

"For me, the more people that can be there, the better," he said. "And bring your noisemakers, bring your drums, bring your horns. We like to make it very exciting." 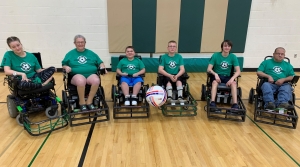 Wisconsin has a pair of power wheelchair soccer teams. We talk with a member of the Madison-based Wisconsin Warriors and the Chippewa Valley Hooligans about their sport, and an upcoming power soccer tournament this weekend.