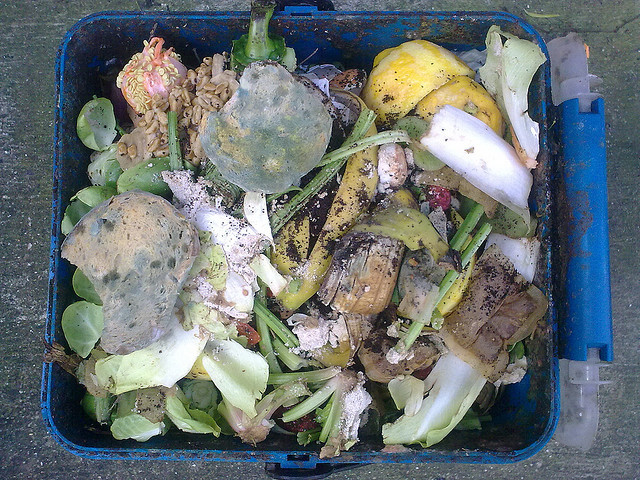 Chief of Recycling and Solid Waste for the Wisconsin Department of Natural Resources Brad Wolbert says the figures are similar to those in Wisconsin, but the state is working to keep food out of its landfills. Between 2001 and 2009, he says food waste decreased by roughly 30,000 tons. "In the past few years, there has been a real interest among a lot of retailers in particular and also schools and university campuses and college campuses and other institutions in trying to divert food material in particular away from landfilling."

Even with the 30,000-ton decrease, food waste remains a major problem. Madison City Recycling Manager George Dreckman says he sees a lot being thrown out that he would not have seen in the waste stream 5 to 10 years ago like bruised fruit. "The overall increase that seems to be showing up is a reflection of a change in our lifestyle. It is also somewhat reflective of a change in our perspectives about food. We are much less tolerant now of imperfections."

Wisconsin is trying to utilize food waste as a renewable energy resource. Wolbert notes that backyard composting is growing in popularity and that curbside organic waste pick-ups could be in the future for residents in the state's capitol. The results of a pilot study to turn organic waste into energy are due out next month.