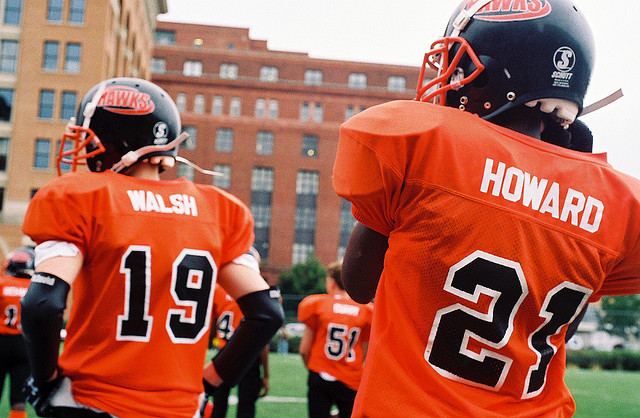 Boys have been playing in Pop Warner youth football leagues in the U.S. since the 1930s.

Twenty-five-year-old Joseph Chernach committed suicide at his mother's home in the western Wisconsin village of Hixton in 2012. The lawsuit, which was filed in Madison federal court, claims the dementia and deep depression that led to his death were caused by head trauma he suffered between the ages of 11 and 15 while playing in a Pop Warner football league.

“They allowed small children to engage in an activity that, if it wasn't called sport, would be called child abuse,” said Johnson.

Chernach also played four years of high school football, but Johnson said an autopsy found the brain damage he suffered probably occurred during the four years he played in the youth league.

The lawsuit asks for $5 million in punitive damages from Pop Warner to cover what the complaint alleges was Chernak's wrongful death, his mother's loss of his companionship, and the pain of suffering caused by the drain injuries he received while playing football.

The national office of Pop Warner released the following statement in response to the lawsuit:

This is a terrible tragedy, and our hearts go out to Joseph's family. Pop Warner has been, and will continue to be, at the forefront of addressing player safety. We have implemented significant rule changes and medical protocols as we constantly look at how to make the game as safe as possible for children. In addition, we emphasize heightened coaching and parent education in carrying out these safety measures. While there is incredible sadness in this story, we question the merits of singling out four years of youth football amid a career of sports that lasted through high school.

Read the complaint filed on behalf of Debra Pyka, Chernach’s mother below:

Editor's Note: This story has been updated with a statement from the national offices of Pop Warner youth football.