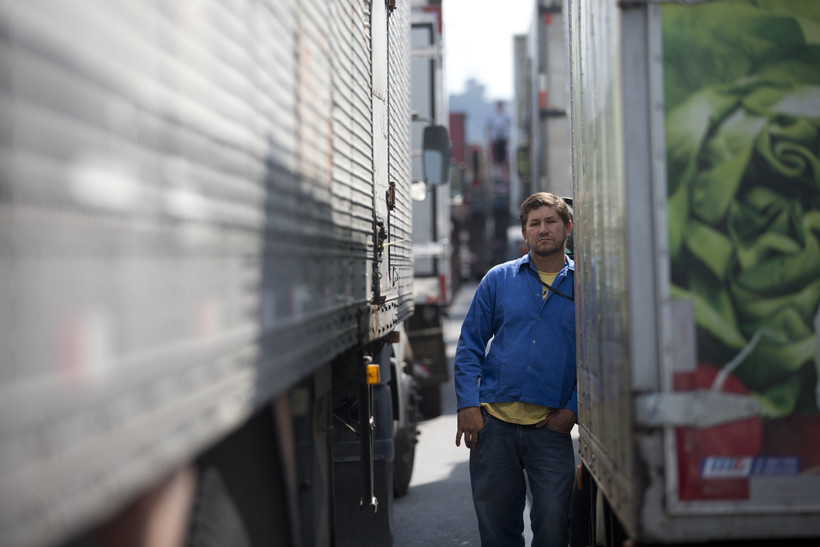 For Melrose, Wisconsin truck driver Daniel Gollnick, driving long haul was a way to work independently and see the country at the same time.

These days, Gollnick is driving locally. He’s home every single night, and gets weekends off.

He’s one of the lucky ones.

That’s according to Washington Post reporter Heather Long. As she reported last month, the United States is facing a massive truck driver shortage — to the tune of about 51,000 drivers.

That shortage was heightened in December, when a new federal mandate required drivers to log their hours, prohibiting driving for over 11 hours straight and requiring a 10-hour break in between shifts.

The shortage is leading to delayed deliveries and higher prices for goods. And although the job, at first glance, may sound appealing, Long’s interviews with Gollnick and other truck drivers may provide a window into what’s putting others off from the profession.

For instance, Gollnick says he makes $45,000 yearly. It’s less than he’d like. And that’s not the only downside.

"It’s honestly probably the loneliness and the fact that a lot of trucking companies and customers don’t seem to treat drivers like they’re humans anymore," he said.

Some truck drivers Long talked to reported making up to $100,000 a year. But most start in the $40,000 range, which can be low for a job that keeps you away from friends and family for long stretches of time.

"If the work is this hard, we need this many people, it's kind of weird the pay isn't rising," Long said.

Only about half of the people Long interviewed said they’d recommend the career to friends and family.

"Several of them said, 'No way would I want my son or daughter involved in this industry,'" she said. "I had a lot of people tell me their relationships broke up, they blamed their divorces on trucking because they just were never home. Also, it’s physically draining. A lot of truckers complain when you're sitting there for 11 hours a day in that truck compartment, you sometimes get back problems, you’re not exercising a lot."

Gollnick admitted it's not a job for everyone. But he would, and has, recommended it to friends.

"You need to be able to deal with yourself pretty well," he said. "But it’s a good job, it pays fairly decent for no college education. I actually have recommended it to a few of my friends and they’ve taken it up and said it was a good job for them."