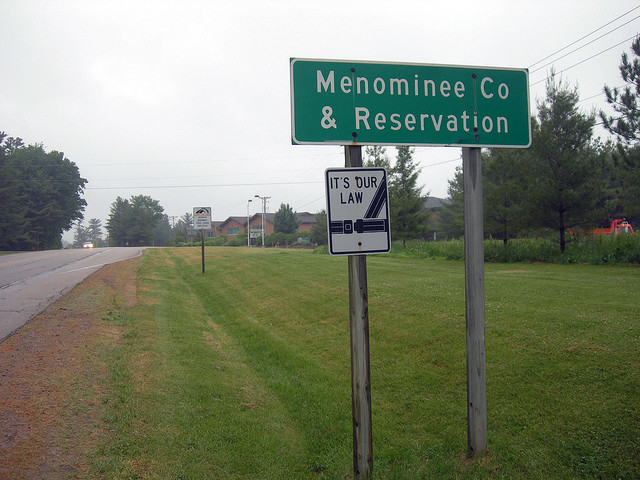 The Menominee Tribe, along with the Lac du Flambeau Band of Lake Superior Chiipewa, will receive $25,000 for its health and wellness efforts.

Two Wisconsin Native American tribes are being recognized for their efforts to improve health and wellness on their reservations by weaving traditional cultural practices into their schools and health clinics.

The Menominee and Lac Du Flambeau tribes are among eight communities across the country to receive a $25,000 Culture of Health prize from the Robert Wood Johnson Foundation.

"For a long time, we had a lot of different systems coming from the outside telling our people how we should live and what we should do to solve some of our problems, when the answer was staring us in the face for many generations," said Valliere.

Valliere said the problems the tribe is trying to address can be traced back to federal cultural assimilation programs. For many years, Native children would be removed from their homes and forced into boarding schools, where they were forced to give up their language and reject their Native culture.

He said the tribe will use the health prize money to continue to expand the programs it's already running, including ones that promote native language and culture in the Flambeau public school.

Menominee tribal health administrator Jerry Waukau said his tribe has found that integrating native culture into schools has helped both students and their families heal from what he says is the trauma they endured in the 1960s, when the federal government terminated the Menominee's status as a tribe. The result was a downturn in the tribe's health and economic well-being.

In 1975, the Menominee regained its reservation, and Waukau said that trauma recovery programs are now helping to raise the health and education outcomes for tribal families.

Waukau said the Menominee will use their prize money to repair the running track at the tribal high school that is used both for athletic events and community health initiatives.

The Culture of Health prize also recognizes the tribes' commitment to environmental health through the sustainable practices it uses harvesting timber from more than 200,000 acres of tribal forest.