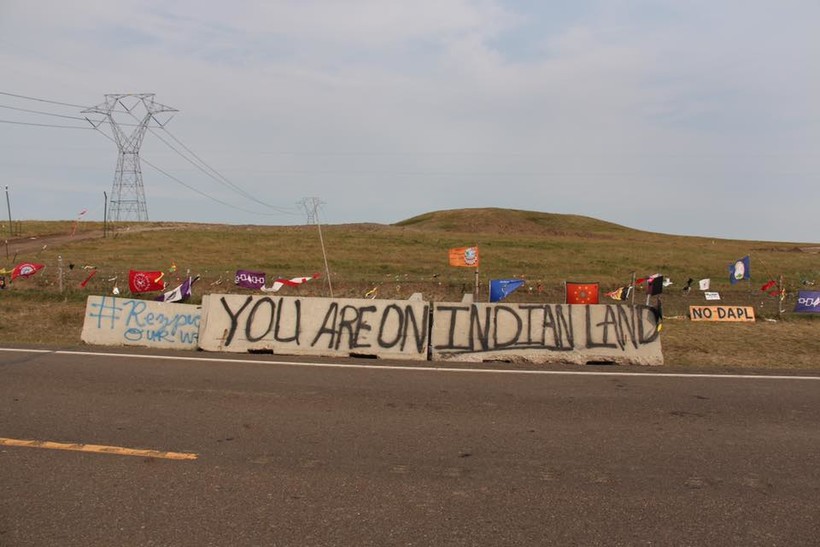 Many of Wisconsin’s 11 tribes are standing in solidarity with the Standing Rock and Cheyenne River Sioux tribes. Thousands have been gathering with the tribes in their opposition to the $3.8 billion Dakota Access pipeline project, with at least eight of the 11 tribes having written letters supporting the two tribes.

Lac Courte Oreilles Council Member Jason Schlender recently returned from visiting camps set up to stop construction. Schlender dropped off donations of food, water and supplies. He said people have joined near Cannon Ball, North Dakota as protectors of the water – not protesters.

"They’re there to voice their concern and to do whatever they can to stop the pipeline in a nonviolent way," Schlender said.

For Schlender, the fight has become an opportunity to force the issue of transitioning the country away from fossil fuels to alternative forms of energy. But he said the protest is also a matter of respect for tribal sovereignty.

The Standing Rock Sioux and Cheyenne River Sioux tribes have said the U.S. Army Corps of Engineers failed to provide formal consultation with regards to the project. The tribes filed a motion this past weekend to temporarily halt construction. In response, the Corps said it doesn’t oppose a temporary delay in building the pipeline, but added the tribes were unlikely to prevail.

"The Corps fulfilled its statutory responsibilities for areas within the Corps’ jurisdiction by engaging in national, regional and site-specific consultation," writes the Corps in its response Monday.

Legal counsel for Dakota Access, LLC said tribes declined their requests for consultation and made false statements resulting in threats and attacks on workers, according to the company’s response Tuesday.

"After failing at every turn to follow the process prescribed by law and declining repeated invitations to consult, Plaintiffs cannot now stop or delay this project by violating the law, engaging in guerilla legal tactics, and/or attempting to do what they should have done two years ago," the company's response reads.

Oneida Nation Councilman Brandon Stevens said he recently packed up his family and a truckload of donations for those camping out near Cannon Ball. He said tribes have banded together because consultation is an issue that affects all 567 tribes nationwide. Historically, Ball said the process has often resulted in tribes making great concessions.

"We have people who think it’s okay to come through, desecrate our land and then try to poison our people," Bainbridge said. "We have to make sure that we stand together when these threats come through because, through our treaties, these lands were set aside for native peoples."

Dakota Access' legal counsel maintains all construction to date has occurred on private lands and that the company has received all necessary permits.