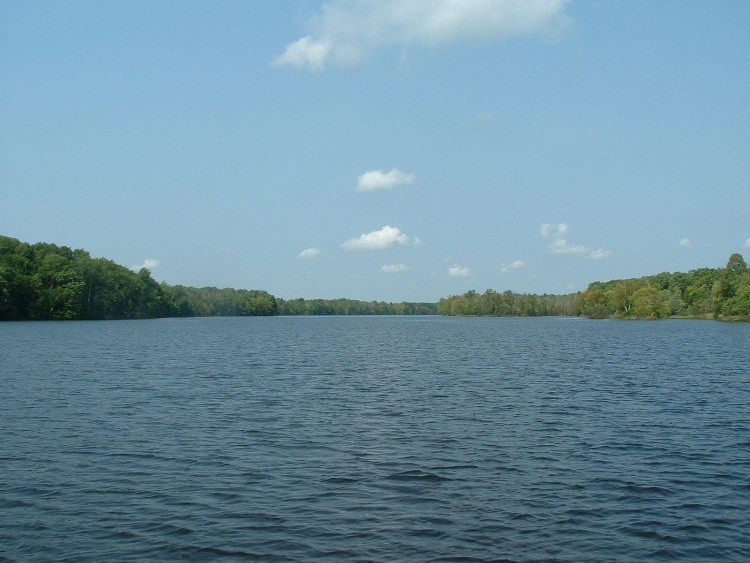 The Menominee River flows near the proposed site for the Back Forty mine.

Wisconsin Tribe Takes Feds To Court Over Proposed Michigan Mine

The Menominee Tribe of Wisconsin has filed a federal lawsuit against the U.S. government relating to a controversial pit sulfide mine planned near the border between Wisconsin and Michigan's Upper Peninsula.

The suit, filed Monday in the U.S. District Court for the Eastern District of Wisconsin in Green Bay, alleges the U.S. Army Corps of Engineers and the U.S. Environmental Protection Agency wrongly delegated wetland permitting to the Michigan Department of Environmental Quality for the "Back Forty" mine project proposed by Aquila Resources, Inc. along the shores of the Menominee River.

While the mine would be on the Michigan side of the border, the tribe argues it would disturb the source of the river, a place where the tribe says it originated. Tribal officials also say the area includes burial mounds, dance circles and other culturally significant sites that haven’t been thoroughly investigated.

The Menominee are represented pro bono by the non-profit environmental law group Earthjustice.

Janette Brimmer, the staff attorney heading the case, said a section of the Clean Water Act says permitting on certain bodies of water can’t be delegated to states.

"The Clean Water Act itself says waters and their adjacent wetlands that are used currently in interstate commerce or that could be used with reasonable changes cannot be and are not delegated under that provision," she said.

Brimmer said the suit also alleges the federal government has not met its obligations to consult with the tribe on potential historical sites.

"They have certain obligations to ensure the place has been properly environmentally reviewed and that we know where all the wetlands are and all the historical and cultural sites are," she said. "All of those steps have either been skipped or have not been properly implemented by the state."

The filing comes just ahead of a public hearing held by the Michigan DEQ scheduled for Tuesday, Jan. 23 in Stephenson, Michigan. The agency will take public testimony on Aquila Resource’s wetlands permit application for the Back Forty.