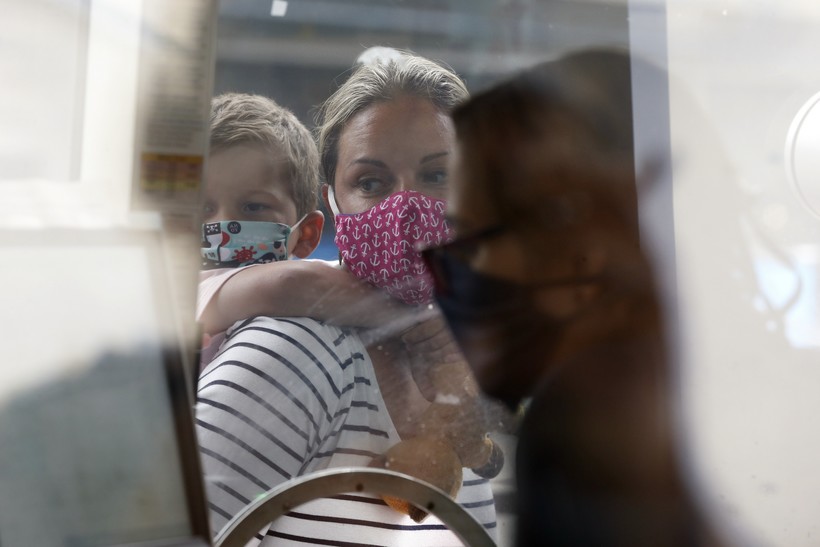 A woman checks in at the New England Aquarium, Friday, July 17, 2020, in Boston. Michael Dwyer/AP Photo

New reports of COVID-19 cases are holding steady at record-high levels in Wisconsin, based on the latest data published by the state’s Department of Health Services.

DHS reported 880 new cases of the virus on Friday, bringing the average for the past seven days to a record 822 daily cases. One week ago, the average was 634 daily cases.

The latest figures bring the overall total of positive cases in Wisconsin to 40,507, according to the DHS. A total of 833 people in Wisconsin have died from COVID-19, with 2 new deaths reported on Friday.

According to DHS, 6.6 percent of all test results reported on Friday were positive for COVID-19, bringing the average percentage of positive tests over the past seven days to 7.2 percent. The seven-day average has been between 6.5 percent and 7.5 percent every day for the past week.

Wisconsin's daily testing capacity — based on the availability of test supplies and adequate staffing — has grown from 120 available lab tests in early March to 24,162 as of Friday. The number of actual tests reported on Friday was 13,407.

The state has been reporting an average of 11,791 test results per day over the past week — the second-highest that number has been since the start of the pandemic.