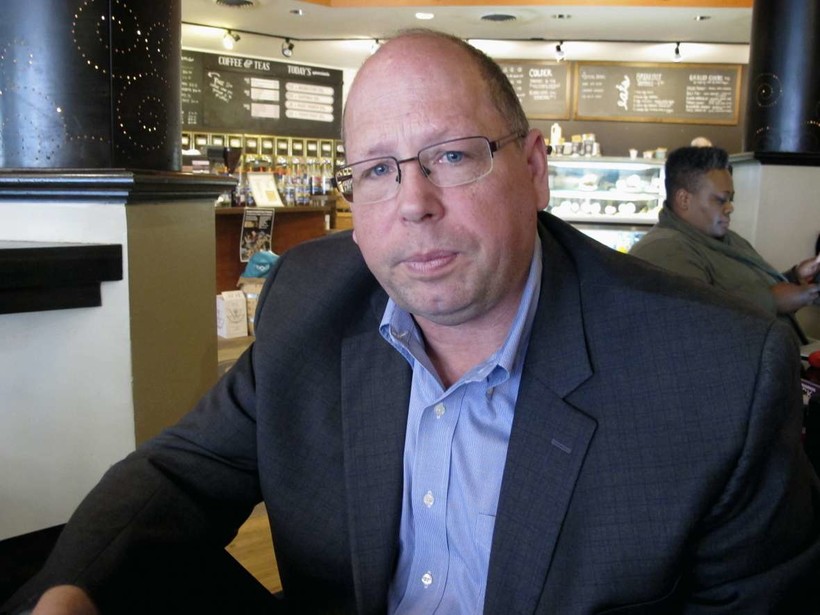 Madison Attorney Sits Down For Candidate Interview In Advance Of Feb. 20 Primary
By Breann Schossow
Share:

Burns, a Madison attorney, gave the following interview. Interviews with Dallett and Screnock can also be found online. All transcripts have been edited for clarity and brevity.

On Why He's Running

It's apparent to me that our democracy, both in our state and in our nation, is in danger. Wealth has been concentrated in our country different from anything we've seen in a century, over the past 40 years, and it's weakened our democracy to the point we've had a Great Recession that started to rival the Great Depression and as people, we elected a demagogue.

I wanted to run for the Supreme Court because our courts have tremendous power in our country. Every major political issue comes before them. They take 40 to 50 cases a year in the Wisconsin Supreme Court and they use those cases to shape our economy and our political system, and I was concerned that the wrong people were shaping our economy and political system in the wrong way and we were ending up with less opportunity.

There's a lot less opportunity for children of people who struggle. We were ending up with laws and court rulings concerning the photo ID law that cost Hillary Clinton the election. I was also concerned that President Donald Trump has been packing our federal court with young, right-wing ideologues, and if we're going to have a protection for rights, we would have to look at our state courts.

In the legal system ... I am one of the top consumer insurance lawyers in the country. I have a national practice. I sue insurance companies all over the country, and in some cases all over the world, and I do so sometimes in class actions for regular working people when the insurance industry steps out of line.

Because of my skills and experience, I have been hired by numerous businesses, small and large. I know more about American business, I think it's safe to say than anyone who has sat on this court, and I know how to stand up to big business because I've spent the last quarter of a century doing it. But I haven't become a tool of business because of my background.

I'm a strong Democrat and progressive because my grandparents were Mississippi sharecroppers and my father was forced out of school in the fifth grade by poverty and my mother in the 10th grade, and I realized the only reason that I'm here today is we had a great middle-class economy when I grew up with great public schools and great public libraries where the minimum wage was set to support a working family.

On The Role Of Politics And Democracy For Judges

I believe in democracy, and I believe if a democracy is going to elect or appoint people to a powerful position, like a court, that those people have to be candid with voters about who they are, about what their political values are, because we all know that political values impact decision-making on these high courts.

If we just step back and think for a moment, social security, the minimum age, the maximum workday, unemployment compensation, affordable health care, all of those laws had this in common: They were upheld by 5-4 decisions in the U.S. Supreme Court, along political lines. Those were the very cornerstone of our protection of working families and they almost failed in the courts they were challenged in. We have to stop believing in this fairytale of non-partisan, non-political courts because what it has meant is we've given the right wing of the Republican party the opportunity to take over the courts by convincing people that even though a third of (these) court cases are about criminal procedure, criminal law, that's the business of the court and it's simply wrong. These courts shape our economy and our political system and they do it in a political way.

I absolutely believe that in a democracy, judges need to make sure that the democracy, the people, through the Legislature, write laws and make laws, and have as much leeway as possible to do so well or do so badly but there is a point at which judges must draw a line and for me that point comes down to three or four instances where you can't let the Legislature and the government just have a field day:

I am in full support of the retired judge petition that they filed ... about this time last year which said at the Supreme Court level, if a party has contributed more than $10,000 to getting the judge elected, the judge shouldn't be sitting on the case. Look, we all know that with this Citizens United case, our democracy is for sale. OK? We don't need our court system to look like it's for sale, too. But unfortunately, in Wisconsin, it very much looks like it's for sale.

On If He Was Asked To Recuse Himself

I would take every recusal motion very seriously and treat it like any other case. I would study the party's position and my understanding of the law and my own viewpoint, but I've also been extremely careful in this campaign to talk about my political values, but not go so far as to pre-judge a concrete case and it's that. It's pre-judging a concrete case that leads to recusal. It isn't expressing a view on an issue.