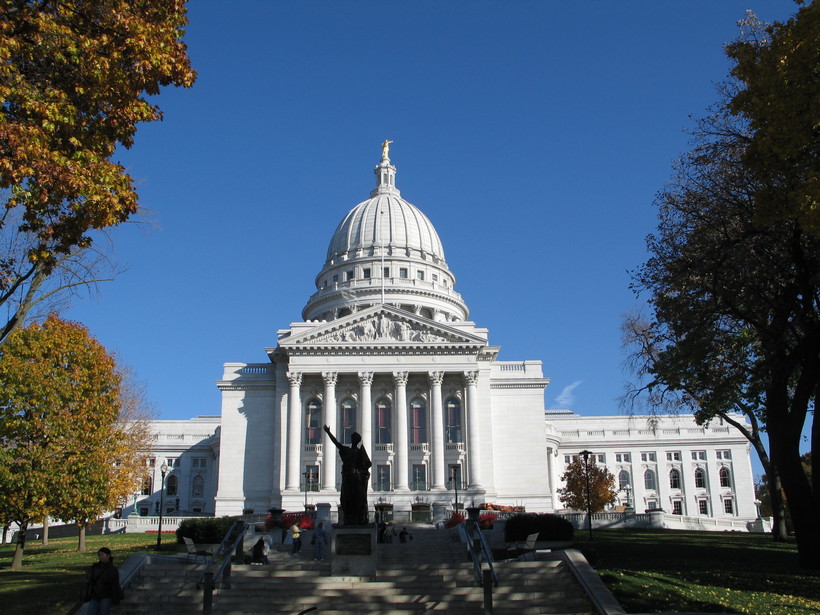 Wisconsin Senate Leader: Expect 'More Of What We've Been Doing'

State Senate Majority Leader Scott Fitzgerald, R-Juneau, said Thursday the next legislative session will see a lot of familiar bills and issues – and not a lot of "new and unique concepts."

The majority leader, who was re-elected to his leadership position Thursday, said he isn't taking Republicans' strong showing in Tuesday's election as a mandate for more conservative legislation in the state.

"I've never believed in the 'mandate' idea," Fitzgerald said. "I think people on both sides of the aisle certainly want to just be able to roll up their sleeves and get some common sense things done."

When lawmakers return to the Capitol in January, state Senate Republicans will have their largest majority in decades: 20-13. Fitzgerald said Thursday his party will use their majority to advance legislative priorities introduced in the last session.

"It's not exactly like Republicans just came into power here," Fitzgerald said. "A lot of the things we've been working on will be carry over items from last session. I don't see it as something where we're going to start form scratch or go back to the drawing board and come up with some new and unique concepts. I think it'll be a lot more of what we've been doing, which is to keep government in check and hold taxes down."

On Wednesday, Assembly Speaker Robin Vos, R-Rochester, said he expects to take up further reforms to prevailing wage laws, which set minimum salaries for government construction workers. Vos also spoke in support of a bill that would legalize concealed weapons at schools.

Fitzgerald stopped short of supporting that measure, but said he expects gun legislation to be a primary focus of the legislative session.

"The Second Amendment issues, as well as transportation, those are big issues for us, and I'm sure they'll get a lot of scrutiny and there will be a lot of work done in those areas," Fitzgerald said.

The state transportation budget faces a nearly $1 billion shortfall. How to close that budget gap has already become a tense debate between state Republicans.

Fitzgerald said his highest priority in the next session will be to get the entire state budget finished by its July 1 deadline. Gov. Scott Walker will introduce his budget proposal in mid-February.