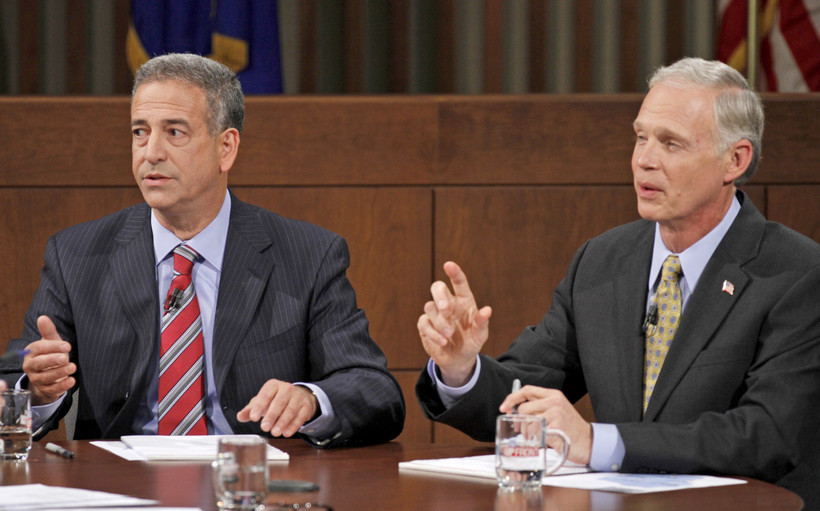 Environmental groups such as the League of Conservation Voters Victory Fund have spent at least $1 million on ads this summer and fall blasting Johnson as being out of touch on climate change.

The ad shows a 2010 interview where Johnnson said he doesn't think the science of human climate change is proven, but these days the senator doesn't attack climate science as much as he does the Obama administration's effort to go after a key emitter of greenhouse gases — coal-fired power plants.

Johnson said he hopes the federal court, which held a hearing Tuesday, decides Obama went too far with the Clean Power Plan.

"If you want to enact something like that, you should do it through Congress," Johnson said. "Pass a law, not again have this enormous regulatory and executive overreach."

Johnson contends Wisconsin's economy would suffer if utilities have to spend more on cleaning their coal boilers or if the cost of using more alternative energy increases.

Feingold supports the Clean Power Plan, calling it an opportunity for the state.

"This is a flexible rule," Feingold said. "It allows each state to come up with their own plan. Of course, unfortunatly Gov. (Scott) Walker and Ron Johnson don't want to do that, but you can come up with your plan based on your state's needs."

Feingold hopes Wisconsin would make more use of solar, wind and other cleaner energy sources, and less of coal.

The former senator is also attacking Johnson's stances on water.

At the Wisconsin Counties Association meeting in Milwaukee on Monday, Feingold urged collaboration between local, state and national agencies on environmental topics like providing the state safe drinking water.

"But when Sen. Johnson was asked about the problem in Kewaunee County about the wells, he said, 'What we need there is to grow business and less regulation,'" Feingold said. "Look, that's not an answer."

Johnson said he wants collaboration and wants more efforts led by the state.

The Johnson-Feingold contest is getting national attention, as part of Democrats' attempts to regain control of the U.S. Senate. Former energy adviser Heather Zichal for the Obama administration said if Johnson wins and the GOP keeps the majority, there will be more politics.

"Looking at some of the chairmen of specific committees, you're going to continue see some of the witch hunts about what happened in the EPA Administrator's Twitter account, or did she talk to somebody on her personal cellphone, or who did they talk to at the Sierra Club to finalize these regulations on methane emissions?" Zichal said.

But James Connaughton, an environmental official under President George W. Bush, said a lot will depend on what part of the nation has the most clout in January.

"I don't think it's as easy splitting outcomes on partisan lines, because at the end of the day, these energy and environmental issues actually split on regional lines," Connaughton said.

Libertarian Phil Anderson is also running in the Wisconsin Senate race. He advocates a strong free market approach with low taxes and a low regulatory burden.