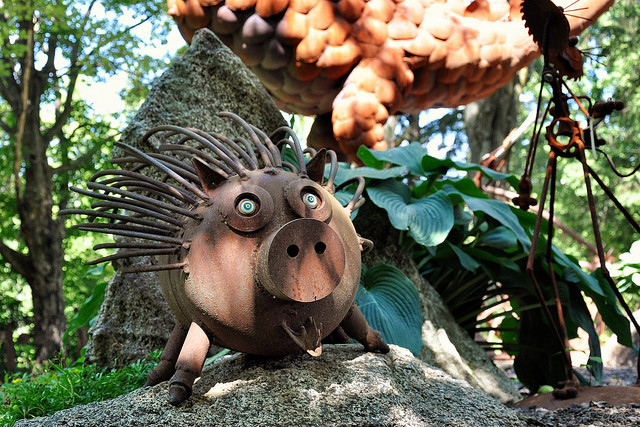 As the weather becomes more inviting, so does exploring the many outdoor public art opportunities around Wisconsin.

Good public art can boost the tourism and economic power of a community, but it also adds meaning and connection to communities.

"Art itself can be expressive, but for us it’s a legacy ... and how we came to be a community," said Kathy Schlieve, city administrator for the city of Waupun. "It has a lot of meaning in regard to our locals. It’s both expression and remembrance ... a statement of who we are."

Here are four ideas for public art tours in Wisconsin.

The city of Waupun, known as the City of Sculpture, has one of the highest concentrations of public art per capita in the United States.

Industrialist Clarence Shaler began the tradition in the early 20th century, continuing to donate works of art, including some of his own, throughout his life.

The sculptures are reflective of the community and its history, Schlieve said.

"The sculpture called 'Who Sows Believes in God,' that’s really a dedication to our agriculture base and the things that happen here," she said. "'The pioneers recognizes what happened when people came to develop the area." 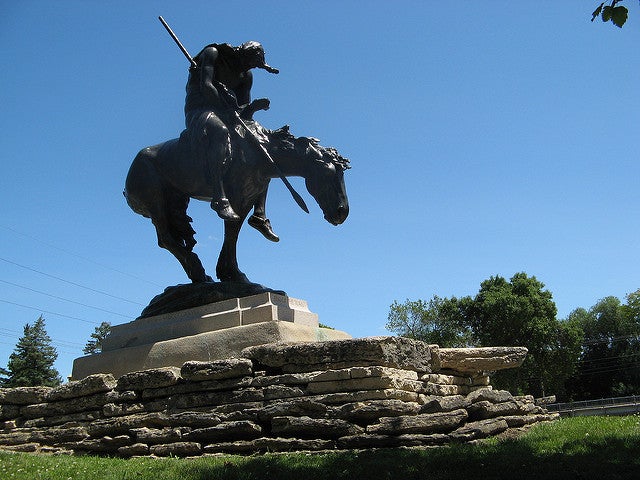 Located on 1 acre in Marshfield, Jurustic Park is a collection of metal sculptures created by Clyde Wynia, a paleontology enthusiast. Twenty-five years ago, Wynia began recreating the creatures that once inhabited the marsh during the Iron Age.

Nancy Wynia, Clyde’s wife, also has a studio called "The Hobbit House" in the park where she sells her knitting, spinning and beadmaking work.

"When people come, the comments always are, 'The sculptures are great, but the stories are why we come,'" he said.

Eau Claire hosts 42 sculptures each year from a mix of local and national artists. The display runs from downtown to the University of Wisconsin-Eau Claire.

The program aims for diversity in the pieces chosen each year, from cultural to the artistic style, said Julie Pangallo, executive director of Sculpture Tour Eau Claire.

"Art is a wonderful way to unify a community," she said. "A lot of the big pieces coming in this year are really going to have a wow factor."

New pieces are installed in the spring of each year, and all summer residents and visitors can vote for their favorite, Pangallo said. The winning piece is then purchased and given to the city to add to the permanent exhibits.

Wisconsin Avenue in Milwaukee will be transformed by more than 20 pieces of art beginning in June and running through Oct. 21.

"Sculpture Milwaukee intends to bring world class artwork to Wisconsin Avenue to make it broadly accessible to everybody, and to really transform our business district into a cultural district," said Marilou Knode, project director of Sculpture Milwaukee.

In its second year, the project will bring in artists from different generations and practices, and with different goals for their work, she said.

"Sculpture Milwaukee, as a gift to the community, is really meant to help you slow down and enjoy being in the streets," Knode said. "Many of the works we’re bringing in comment on the urban landscape we're in, and they help trigger conversations."